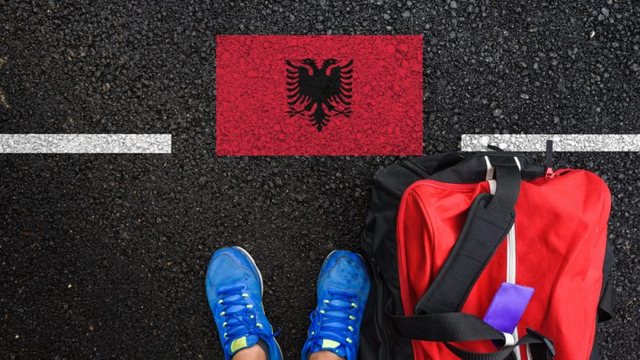 Over 15,300 Albanians have sought asylum in Great Britain and the EU in 2022 alone, although the number remains lower than before the pandemic.

According to Eurostat data, the month of August had the largest number of asylum requests from Albanian citizens - 950 - within Europe. From January to the end of the same month, around 6,720 applications were submitted with an increase of 65% compared to the same period a year ago, writes Euractiv .

However, preliminary data for the month of September provided by Eurostat show that the number of asylum requests has increased significantly, even without filing their data from all countries. About 1,400 applications were filed in September, a figure that is likely to rise once all the reports are tallied.

During the first six months of 2022, about 7,262 Albanians sought asylum in Great Britain, far from the figures advertised by the British media that spoke of about 14,000. However, the real figure for the rest of the year is likely to rise significantly after waves of migration in the summer months and again in October and early November.

The number of applications in the UK was 8% more than those applying in the EU.

In the EU, France remains the number one preferred destination for asylum seekers, while across the bloc, asylum applications rose to 77,000 in August alone, a 54% increase from August 2021 and a 17% increase from July 2022.

The mass exodus of Albanians to Europe has been well documented in recent months as British Home Secretary Suella Braverman called it an "invasion" and the British media pushed stories that they were all criminals or asylum seekers without proper justification.

In fact, over half of those who apply for asylum in the UK are granted another half protection on appeal. The reasons for the departure of Albanians from their country are complex and are based on a long history of waves of migration.

It is exacerbated by poverty and the current economic crisis, corruption and crime, a weak rule of law and social isolation that dates back to the country's 50 years of brutal communist rule. In addition, organized crime gangs have advertised illegal UK boat crossings on TikTok for more than £3,000. This has caused an increase in the number of departures, mainly young Albanians.

It is not known exactly how many have left the country in the past decade, but it is estimated between 400,000 and 700,000 with at least another million having left in the two decades since the fall of communism.