Berisha: I am Kosovar, but I do not mention Kosovo for political capital

Berisha: If the DP won the 2013 elections, Albania would have opened negotiations long ago

Government proposes for consultation the draft law on medical cannabis, the criteria that growers must meet

Balla: Next week will be held the First Intergovernmental Conference between Albania and the EU 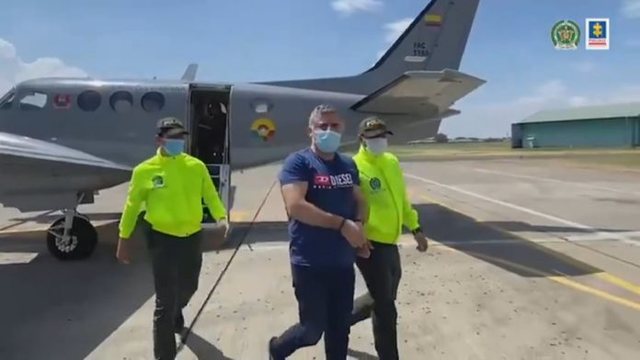 Agim Çerma, also known as "Jimmy", who was arrested two days ago by the American DEA as the boss of cocaine trafficking in Colombia, turns out to be sentenced in Albania to life imprisonment for a murder registered in 1997 In Elbasan.

At that time, he was arrested together with his brother, Gazmend Çerma, after being accused of killing Gëzim Liçi and injuring police officers. In 1998, the Elbasan Court of First Instance sentenced Agim Çerman to life imprisonment for premeditated murder, and his brother, Gazmend, to 11 years in prison.

The latter appealed this decision to the Durrës Appeal, a request that was rejected. In the complaint made by him, Gazmend Çerma transferred the responsibility to his brother, Agim, arguing that he did not know that his brother had a weapon with him and that he would commit the murder.

Agim Çerma also appealed in the Durrës Appeal the decision with life imprisonment by the Courts of Elbasan. This request was rejected by the Durrës Appeal and the High Court. While the Constitutional Court passed the First Instance in Elbasan for retrial. The court of Elbasan transferred the case to the Court of Lezha, as Agim Çerma was serving his sentence in Shënkolli prison.

In 2012, the Lezha Courts released Agim Çerma on parole in still unclear circumstances, and his release bears the signature of Judge Parashqevi Ademi. The latter, in 2015, was arrested for corruption and abuse of office and the former Serious Crimes Court sentenced him to 4 years in prison.

Agim Çerma was arrested two days ago inside his house in the city of Palmira, Colombia and according to the Colombian authorities, the Albanian trafficker was in charge of criminal activity and collaborated with the most dangerous groups in Colombia. His 4 accomplices were also handcuffed, while 333 kilograms of cocaine and 2 billion pesos, about 450 thousand euros, were found and seized.

Cerma took money from Europe to buy cocaine and then guaranteed the delivery of drugs by charter flights to the US but also Europe to Bulgaria from flights via international airports. For cocaine trafficking they also used Colombian seaports, where drugs were hidden in containers of goods.

Colombian media write that the Albanian cooperated with "Clan del Golfo" (Colombian drug cartel) in the Urabá region and with "FARC" (Colombian Revolutionary Armed Forces) in the southwestern part of the country to buy cocaine and transport it, while had corrupted air traffic controllers to move smoothly. 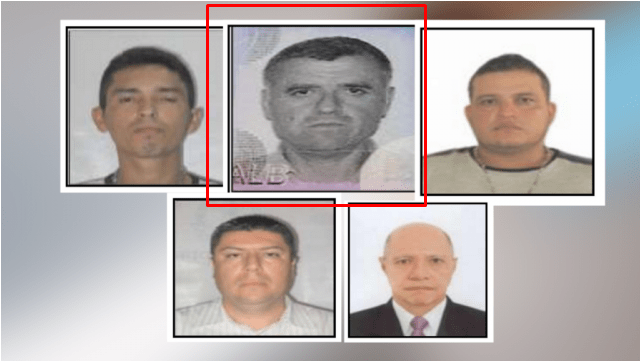 Palace of the Concession Brigades? Bozdo: A lollipop given to the next oligarch

Berisha: Bajram Begaj is a socialist, a strong friend of Rama and Balla

Independent candidate? Dritan Leli: I will not be mayor in 2023

Berisha: I am Kosovar, but I do not mention Kosovo for political capital

Who chose 'July 7'? Boçi: The protest was requested by the society

Meta in the race for mayor in Tirana? Berisha: The time is gone when the mayor supports this or that candidate

Compensation of builders, Lubonja: Rama spent on dirty money, they are strong lobbying

What will happen on July 7? Berisha 'breaks down' the protest agenda

Berisha: If the DP won the 2013 elections, Albania would have opened negotiations long ago

Why did Russia withdraw from Snake Island?

July 7 protest, Këlliçi: We will return the DP to the rails of opposition

Cooperation agreement for gas, Rama finds the 'culprit': We depend on the humor of "Him" up for energy

Berisha: I do not advise Basha and Alibeaj to come to the protest

Will it be on July 7 for Berisha's interests? Salianji: I will always protest to overthrow Rama

The road to integration / What does Albania benefit from the First Intergovernmental Conference with the EU?

Berisha: Why did I choose July 7 as the day of the biggest protest we have ever had

Rising prices, Fuga irony: We want to have "Benz" and "Toyota", we can not hone the train

Berisha: Women contribution to the re-establishment of PD! More women and girls in primary for local elections

Debate in Brussels: The EU to deliver a message that it is ready to integrate the Western Balkans

VOA: Sofia-Skopje stalemate over French proposal over, when first intergovernmental conference is expected to take place

Government proposes for consultation the draft law on medical cannabis, the criteria that growers must meet

Minister of Economy does not spare praise for Rama: It is an international 'brand'

Balla: Next week will be held the First Intergovernmental Conference between Albania and the EU

Balla told him that he has properties in Dhërmi and Lalëz, Berisha: I will file 6 lawsuits against you, very soon you will be declared wanted

Action in the Call Center, about 150 escorted in Shkodra

Berisha: The director of QSUT orders millions of euros for furniture, why do you want a double bed in the office?

"They win with 99.9% of the limit fund" Berisha speaks with names about the tender bargains: Salillari does not know where to take the money

Thesis release, Kushi blames technology: We do not predict who can photograph the test

Macron gives positive signals for integration: We reached a compromise between Bulgaria and RMV

The US will provide Ukraine with more weapons worth $ 800 million

"Summer Time", the program returns to the screen in its third edition

"You are disgusting", Prince William's clash with the photographer goes viral, the Royal Palace reacts

The European Council can open negotiations with Albania today / This was the news that Rama warned from Madrid?

George Clooney and Julia Roberts reunite for "Ticket to Heaven"

Tabaku: With the new Normative Act, the government will take the money to the companies whose owners are under investigation for drugs

KPC member ends up in court, accused of forging documents and false declaration of assets

Putin says he is open to dialogue on nuclear non-proliferation

"You will say that Erion counted them incorrectly like cows", continue the replies in the distance Brace-Rama

It is learned why Travis Barker was hospitalized

What are the innovations brought by the Samsung Galaxy S22 series?

Record prices, the minister defends the Board: If we did not have it, oil would be more expensive

Former Formula One chief: I would go before Putin for the bullet

Are the photos of Kendall Jenner and Devin Booker made for marketing purposes?

July 7 protest / MPs who confirmed their participation, what they said before entering the Assembly

15 years since the introduction of the first iPhone

Will you take part in the July 7 protest? Alibeaj answers

Blackmail and sexual trafficking, singer R. Kelly is sentenced to 30 years in prison

Denied connection with Mozzik, Kiara Tito reveals what is hidden behind the photo that confused the network

Gloomy outlook and passive state / World Bank report on agriculture: Full of potential and a host of problems

US Intelligence Shows 3 War Scenarios in Ukraine: Putin May Use Nuclear Weapons

Lezha and Durrës with the highest employment rate, Kukësi and Gjirokastra with the lowest

The road to integration / What does Albania benefit from the First Intergovernmental Conference with the EU?

The head of the SP parliamentary group, Taulant Balla, stated today from the rostrum of the Assembly that next week the First Intergovernmental Conference bet...

Berisha: Why did I choose July 7 as the day of the biggest protest we have ever had

The leader of the Democratic Party, Sali Berisha, spoke during the meeting with the members of the women's forum, also about the protest called on July 7. Be...

As part of the preparations to legalize the cultivation of medical cannabis, the Government of Albania on Thursday announced that it will establish the Nation...