New public investments that are planned for 2022, how much will they cost the state budget 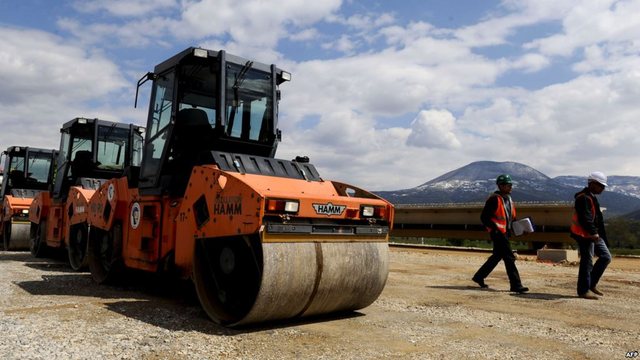 For 2022, 822 public investments are planned, which will be financed from the state budget. This is what "Open Data Albania" says, while adding that their total value is 493 billion ALL.

While 141 other investments are with foreign financing, with a total value of ALL 370.3 billion. The new foreign-financed investments are mainly projects of the World Bank, the European Bank for Reconstruction and Development, the European Investment Bank and the French and Swiss Governments.

The ICT Systems and Infrastructure Project for the Air Force (Military Department No. 3001, Tirana), has the highest budget cost, where only for 2022 the state will pay 1.29 billion ALL. The total value of this new public project, with a duration of 2022-2024, is 4.38 billion ALL and must be realized by the Ministry of Defense.

The Tirana Theater Building project is the second public investment with the highest weight in the State Budget for 2022, with about 900 million ALL. This project will be implemented by the Municipality of Tirana for the period 2022-2024 and has a total value of ALL 4.8 billion.

The construction project of the new building of the Academy of the Armed Forces is worth 500 million Lekë, and will also be implemented by the Ministry of Defense. This investment is projected to last until 2024, and has a total planned budget value of ALL 1 billion.

Another project is that of Improving ICT systems for the State Police, with a weight in the budget of 2022, of 500 million ALL. This project will be implemented by NAIS.

Meanwhile, a significant value of the budget for 2022 is occupied by the project of Construction of a Cultural Center for children and the Puppet Theater, namely the budget payment for 2022 for this investment will be 250 million; ek, and will be implemented by the Ministry of Culture.

While, in terms of foreign-financed investments, out of 15 in total, three with the highest value for 2022 are: the Project for the Combat Forces worth 11.9 billion ALL, the national program for the modernization of the water supply and sewerage sector worth 9.2 billion lekë and the project of reconstruction of the internal network for the Municipality of Durrës, with a total value of 7.38 billion Lekë.