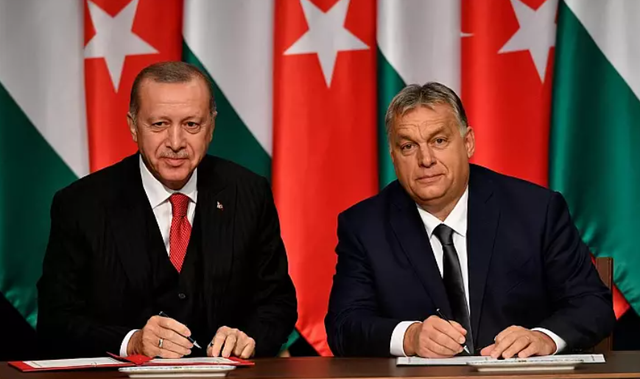 In September, the Finnish foreign minister said that his Hungarian counterpart had promised to proceed with ratification and assured Finns that there were no objections to the admission of Finland or Sweden.

A few weeks ago in late August, Hungary's Minister for Regional Development Tibor Navracsics visited Helsinki and told Finnish MPs that his country would ratify their request for NATO membership without delay.

"Hungary supports Finland's membership in NATO, but the ratification process in the Hungarian parliament is still ongoing," the Finnish government emphasized.

However, this week Viktor Orbán's Fidesz politicians blocked the introduction of a motion in parliament that would have accelerated the vote on the NATO accession process for both Finland and Sweden, in a move that drew sharp criticism from the opposition.

Discussion of the accession process is still on the agenda of the Hungarian parliament, theoretically. However, no date has been set which means, for now, the matter is on the back burner.

What does this mean for Finland and Sweden?

Behind the scenes in Helsinki and Stockholm, there will be a certain degree of frustration among ministers and officials, thinking that they have come so far, so quickly with NATO membership, only to get stuck at the last few hurdles.

What is the deal with Turkey?

Turkey's case for stalling NATO membership for Finland and Sweden is more complex than Hungary's.

The Turks had initially signaled their support. In a phone call between President Erdogan and Niinistö in early April, the Finns received assurances that there would be no problem.

Turkey is still hoping for a green light to buy US F-16 fighters - and they may seek to use Finland and Sweden's NATO decision as a way to pressure the Americans into agreeing to a deal (a commander a senior Turkish military official recently said if there was no F-16 deal, Turkey could buy new fighter jets from Russia).