The threat of invasion of Ukraine, NATO threatens Moscow with sanctions 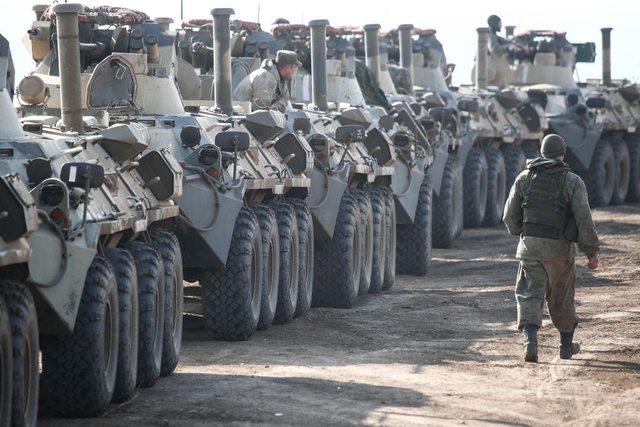 US Secretary of State Antony Blinken has threatened Moscow with severe economic sanctions if President Vladimir Putin attacks Ukraine, insisting that "diplomacy is the only responsible way to resolve this potential crisis."

Tensions over the gathering of Russian troops along Ukraine's border, whose government is seeking to align with NATO and the West, have been at the center of Blinken's week-long trip to Europe and topped the agenda at his meeting with counterparts yesterday. of NATO in Latvia.

"We do not know if President Putin has made the decision to invade. We know he is building the capacity to do so in the short term if he so decides. We need to prepare for all the cases ," Blinken said.

He added that the US "has made it clear to the Kremlin that we will respond decisively, including through a series of high-impact economic measures that we have not used in the past . "

He also declined to give details about the sanctions, but went on to say that "NATO is prepared to strengthen its defense on the eastern flank", without giving details.

The military organization already has forces stationed in Estonia, Latvia, Lithuania and Poland.

Blinken also said he would urge Foreign Minister Sergei Lavrov to return to "Normandy" talks with the United States, France and Germany when he meets with the Russian top diplomat in Sweden on Thursday.

"Diplomacy is the only responsible way to resolve this potential crisis," Blinken added.

However, Peter Dickinson, a specialist on Ukraine at the Atlantic Council, told Euronews that "what NATO can put on the table is limited".

"Obviously, Ukraine and Russia are aware that there is no real possibility of any military involvement by NATO. So what we are really talking about are economic sanctions, maybe even some political sanctions. But in "Basically, it's going to be economic measures that we hope will deter Russia and make them think twice," Dickinson added.

A 2015 peace deal brokered by France and Germany helped end large-scale battles in eastern Ukraine sparked by Russia's annexation of the Crimean Peninsula.

But attempts to reach a political solution have failed and sporadic clashes have continued along the tense line of contact.

While in Stockholm on the sidelines of an Organization for Security and Co-operation in Europe ministerial-level meeting, Blinken will also hold talks with Ukrainian Foreign Minister Dmytro Kuleba.