Rates of coronavirus infections are rising in Europe 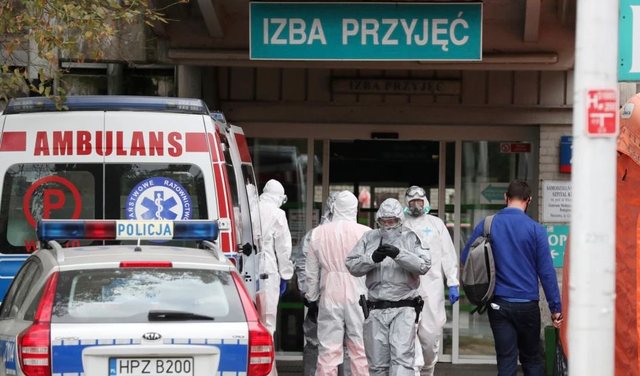 Cases of coronavirus infections in Europe rose 9% this week, ending a period of improvement since the end of January. Announcing the deteriorating situation, the head of Europe at the World Health Organization said European countries should return to basic practices.

Dr. Hans Kluge said over 1 million new cases had been registered in the region over the past week alone. The increase in infection rates, according to the specialist, is more noticeable in Central and Eastern Europe, but there has also been an increase in the western part of the continent.

More than half of the region is experiencing increasing rates of disease spread, he said.

"More than a year after the pandemic broke out, our health systems should not be in this state," Mr Kluge said.

The situation requires more attention to basic protocols, the official added, underlining the importance of measures to prevent the emergence of new variants, increase testing, isolate the infected and try to speed up vaccinations.

Germany announced it was extending the restrictive measures for another three weeks, until March 28, but has eased some restrictions to allow the reopening of non-essential shops and businesses in regions where infection rates have been lower.

Meanwhile, the European Agency for Medicine said it has begun analyzing the vaccine produced by the Russians, Sputnik V, a few months after this vaccine was introduced in Russia and has since been approved in a number of countries that are using it to immunize the population.

In a statement Thursday, European regulators said their analysis was based on data collected from adult laboratory studies showing that the vaccine could be effective in fighting the virus.

Despite skepticism following a hasty introduction of the vaccine without large-scale testing, it seems that Sputnik V is successful and does not cause disturbing effects. According to a study published in the scientific journal Lancet, Sputnik V was nearly 91% effective in preventing severe cases of COVID-19.

In Britain and several other countries, where the health system is facing the British variant of the coronavirus, authorities have announced new regulations to speed up the modification of existing vaccines to respond to mutations.

The new regulations are based on the practices followed to modify the flu vaccine every year depending on the new seasonal variants./VOA