Basha answers Rama again: There is no cooperation with you! We are a family with the Socialists 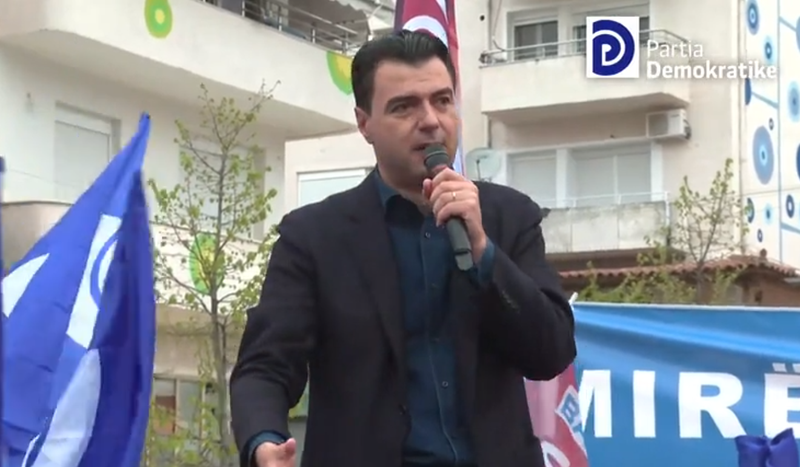 Although Prime Minister Edi Rama has called on Lulzim Basha to cooperate, the leader of the Democrats is adamant in his position that there will be no cooperation.

From the city of Delvina he said that "Rama's time is over" and that there will be no change without removing him from government.

"There is no cooperation with Edi Rama!" Rama said as he addressed the Socialists, saying, "We are a family!"

There is no greater threat to Albanian families, there is no greater threat to Albania than 4 other years like these 8 years that left Albania in the spotlight. He understands, he has already learned that on April 25 the vast majority of Albanians will vote for change, will vote for number 9, will vote for the Alliance for Change. Feel your thirst for change. They have understood the hope that has been rekindled in the hearts of Albanians that we can make employment for youth a reality. That we will make the opening of negotiations a reality within the first 100 days of the new government. He understands that we will be able to make all our commitments a reality. Unlike the promises of 8 years that he did not keep but broke one by one. It now seeks to become part of our government. My answer from Delvina, the same as from Saranda is no! It will not happen, Edi Rama's time is over! The day has come for your vote, for change, for hope, for the rekindling of trust in your families, in your lands, in your properties, in this wonderful land! Change does not come without removing Edi Rama!