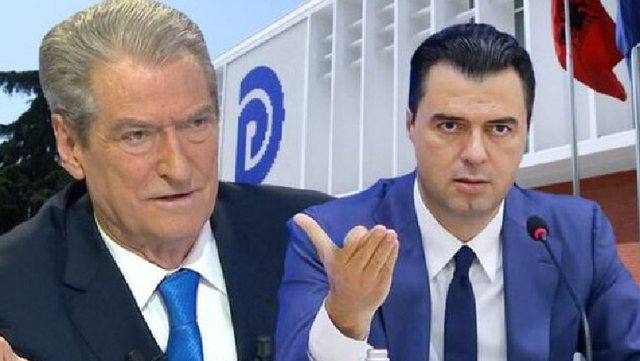 The head of the Democratic Party, Sali Berisha, once again made the former head of the DP, Lulzim Basha, responsible for the fact that only he has accepted Russian funding.

Speaking at the meeting of the DP National Council, Berisha focused on three specific points related to this issue.

Berisha : As the main forum after the DP Assembly, I want to inform you that, as you have heard yourself, the former president has accepted, according to serious reports, Russian funding. This is an extremely serious act.

For DP as a party of national interest, this is a violation of one of the most basic principles of its program and positions.

But I will emphasize, three things you should keep in mind.

First; to this day, at this moment, there is no individual in the DP who has had knowledge of Russian funding. According to the completely reliable testimonies of Mr. Ristani and the former financier of the party, Ilir Dervishi, not a penny of this money has entered or left the coffers of the DP. So it is a personal act of Lulzim Basha.

Secondly; in 2018 when US Ambassador Donald Lu brought a dossier to my office, absolutely and I have said this publicly several times and he has never denied it, the dossier contained nothing but the Mother Jones article and the slip from the Department of Justice that proved that Nik Muzin is a DP lobbyist. That was it.

In April, after the elections in the 6 municipalities, some of our compatriots informed me from New York that they signed, but did not give a penny to Lulzim Basha's fraud, to finance his lobbyist.

After three sources were made, I appeared in the media and accused Edi Rama of closing the Russian file of Lulzim Basha.

Now, today the presidency has decided to set up an audit commission for this affair.

He is showing a total lack of accountability because he is obliged to at least say where he got the money, who gave it to him and how he sent it to Scotland, when the banking channel does not exist.

Edi Rama saved him once, but this issue is very serious and I think that he should not treat it differently, but make it completely transparent, that he led this party, since he denies it, although you know that the easiest thing is the lie.

Finally, I want to clarify to every citizen and democrat that Edi Rama, as he declared in 2018 that they are Russian money, also declared 1 week ago at the UN that we knew they were Russian money. Edi Rama actually did everything to close the file. He did it on Putin's order, I have no clue. One thing is certain, he did it to take the leader of the opposition hostage, there is no question about that.

I stopped at this issue to close this problem, because the commission we set up today will investigate.

Nothing was left in the offices, hard drives were taken, but with those who can investigate and inform the National Council and the national opinion on this matter.