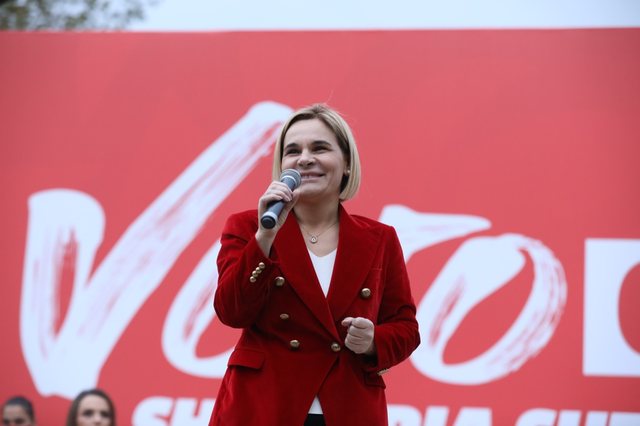 For the chairwoman of the SMI, Monika Kryemadhi, the organized polls are not real, but are fines imposed by pollsters.

In an interview given to journalist Rezar Xhaxhiu on FaxNews, Kryemadhi has shown that SMI supporters are illegible and resilient.

Excerpts from the interview of the chairwoman of the SMI, Monika Kryemadhi:

What are we going to do with polls that are ruthless? Surveys bring you to alarming figures

See what invoices the polls have. Polls have always put the SMI in alarming numbers, in 2013 not even 3 seats were given to the SMI and the SMI received 19 seats. The SMI voter is illegible, first. Second, the SMI voter is a stable voter and is a guerrilla for the sake of truth. And secondly, I was one of the first to do polls in Albania, when no one did the poll in politics, they did not know that there was a political poll.

The polls of the last 10 days are not vote polls, they are fines polls, fines against political parties or certain individuals, just look at the financial bills paid after these companies, you will understand what the purpose of these polls is. I think we need to do polls for polls and that is the key. But I think that if you ask all citizens if they are poorer, if they pay more money, if they pay more taxes, if they are unemployed, if businesses have gone bankrupt, this is the best survey for us.