"100 million intercepted conversations", how the Albanian mafia cooperates with the Neapolitan criminal groups 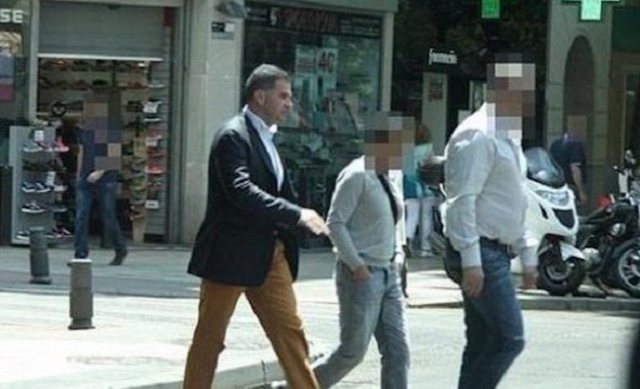 There are over 100 million intercepted conversations that will be transcribed by the Italian authorities, considered the "black book" of drug trafficking by the Camorra criminal organization, in collaboration with the Albanian mafia.

According to the Italian media, Raffaele Imperiale, the boss of the mafia organization that had bought two Van Gogh paintings stolen from the Amsterdam museum at the beginning of this century, is at the center of the interceptions. He is currently in prison, after a long period in Dubai, charged with drug trafficking.

Drugs, lots of drugs, guns and money to be moved from one checking account to another, vouchers for fictitious financial companies created only as laundromats to launder dirty money.

One hundred million conversations at the center of the work of a group of magistrates of the DDA of Naples, who have a task that is not at all secondary, to rebuild the drug trafficking routes, to block the main source of economic supply for the Neapolitan clans and not only, in a largely unprecedented investigative scenario.

Never before has an investigative agency had such a resource (but also such a large amount of work) in the fight against organized crime.

But where do hundreds of millions of conversations come from?

It begins with a report from the French judicial authority, which was sent to Rome for jurisdiction, and which purports to have information of the various offices of the Italian districts.

This is material taken from interceptions of conversations carried out on the Sky channels, that is, cryptophones marked as uneavesdropping, designed to avoid any kind of interception by the judicial authorities.

A material that relies almost exclusively on the drug-trafficking phenomenon, more than half of the talk arriving in Naples concerns the role and alleged illegal activities of Raffaele Imperiale, the man who had bought two stolen Van Gogh paintings from the Amsterdam museum.

In the cards, there are branches of Albanian gangs and the main international cartels. Names of crime professionals, but also of unsuspecting middlemen, who are convinced that they are exchanging information with messages that are impossible to intercept, protected by dedicated "nicknames" and an "alphanumeric identification code", so such that they can store the credentials of the real user of the account.

In order to trace the "nickname" to the real interlocutor of the conversation, the personal data contained in the conversations were analyzed, such as birthdays, photos of locations or the same subjects involved in illegal activity, or even voice recognition by listening to local messages.

The investigative material is reviewed by several working groups. Everything will be on the table of the Antimafia National Prosecutor, Giovanni Melillo