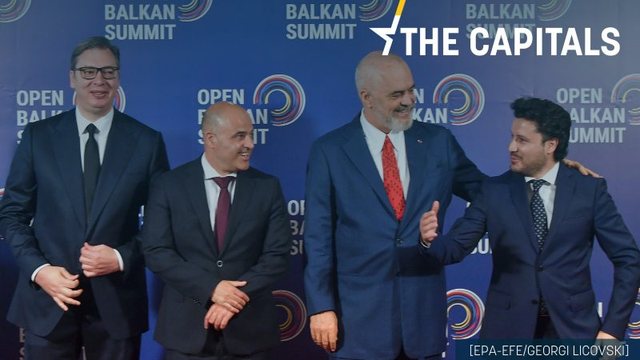 Countries in the EU 'waiting room' such as Albania, Northern Macedonia, Montenegro and Serbia have failed to make real progress in reducing corruption and improving democracy over the past four years, basic preconditions for EU membership. .

The plight of the Western Balkan countries was the focus of attention at the recent EU-Western Balkans summit in Brussels. The leaders of these states, angry, came out at a joint conference to criticize the EU for lack of unity, broken promises and even accused it of not having its proper home.

EURACTIV has made a survey to see how far the Western Balkan countries have progressed. For our country finds that:

Albania applied for membership in 2009 and became an official candidate in 2014. Since then, it has worked to meet a number of conditions set by the Commission. These conditions, a total of 15, have been declared met by Brussels, but independent organizations will seek to change.

The Transparency International Corruption Perceptions Index fell sharply between 2016 and 2021, dropping from 39 to 35 points out of a possible 100.

It is currently at 2014 levels and has barely improved since 2012 when the country was first included. This shows little progress in a decade, and specific issues that have risen steadily over the years include state capture, police violence, high-level corruption, and weak controls and balances.

Moving on to the Freedom House Index, Freedom in the World, is a similar story. Albania has declined over the past five years, made no progress and is still ranked as "partly free" in terms of the freedoms and democracy enjoyed by its citizens.

Things get even worse when we look at the media freedom landscape, as the country has fallen by more than 20 places in the global rankings since Prime Minister Edi Rama came to power in 2013.

Even the US State Department has been consistent in its harsh criticism of human rights abuses, a highly corrupt judicial system, failure to quell human trafficking, drug cultivation and organized crime, and no progress in the fight. against corruption or money laundering.

As for Northern Macedonia, the progress has been more tangible. Both Freedom House and Reporters Without Borders report progress each year from the country.

The same assessment applies to Montenegro, which is said to have made progress in some areas.

While Serbia presents a more grim situation than Albania and ranks last in the Region. Corruption has risen, while democratic freedoms have fallen.

Kosovo and Bosnia and Herzegovina have not yet been granted candidate status. Kosovo has seen significant growth in all areas in recent years, often ranking above its promising EU counterparts.