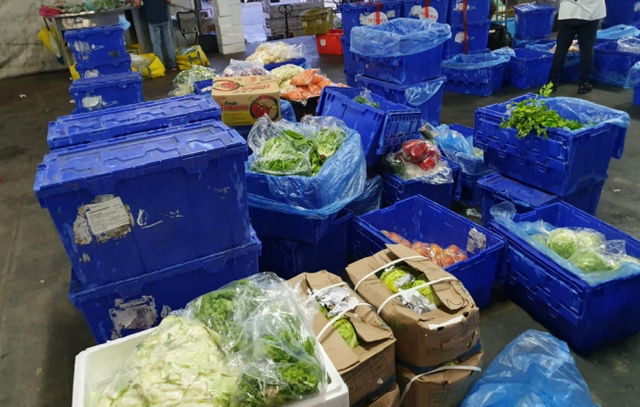 The high prices of goods in the international markets are leading to a new downward trend in the consumption of the population, which increased significantly in the second half of 2021 after the pandemic crisis.

Damage to supply chains from the Covid-19 pandemic, which was further exacerbated by the war in Ukraine, has driven commodity prices to record highs. But the crises have shown that the wave of prices can be restrained by the drop in demand, which further has a wider impact on the economy, as it brings reviews.

The signal for the contraction of consumption is coming from imports, which fell by 8.4% in the 7th month of 2022. The official data of INSTAT on foreign trade show that, in January-July, a total of 2.8 million tons of goods were imported from around 3.1 million tons that were imported during the same period last year.

The decrease in quantity was influenced by the largest group of imports "Fuels and Minerals", 70% of which consists of oil. In the 7th month of 2022, 496 thousand tons of minerals and fuels were imported, from 617.4 million tons in 2021 with a 20% decrease.

Pig iron and steel, the largest group of imports in quantity, recorded an annual decrease of 5% in 7-months. Although the construction sector is growing at historical records due to the large number of permits granted in the last two years and consequently the need for raw materials will increase, imports of materials such as ceramic tiles and iron etc. have suffered decline

Ceramic products are ranked fifth in the 90 groups of import goods by weight, decreased by about 17% in 7-months. Other stone and cement items related to the construction industry also declined by 13%.

Cereal imports, the sixth most imported article in terms of quantity, decreased by 15%. Their decline has been influenced by high prices in international markets after the war in Ukraine, as many importers have postponed their purchase plans after the new harvests in July in the hope of securing quantities at lower prices.

In terms of value, the imports of goods reached 528 billion ALL, increasing by 23.9%, compared to the previous year, which has come entirely as a result of rising prices. To buy 8.4% less goods, about 100 billion lek, or 835 million euros more, were spent./ Monitor 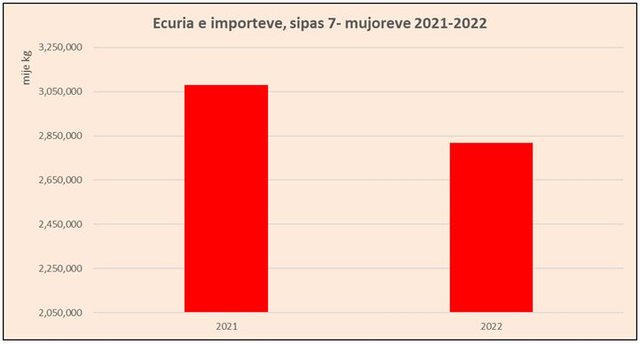 Shano light Prime Minister Edi Rama announced this Friday that the government has made the decision to postpone the entry into force of the 800kWh band for...