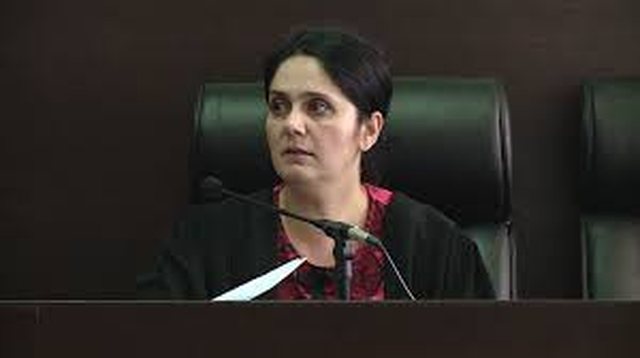 The Special Structure against Corruption and Organized Crime has requested 3 years and 6 months in prison for the judge of Kruja, Enkelejda Hoxha.

SPAK also requested 4 years in prison for lawyer Aldo Tabaku, who intervened to change the decision.

Kruja judge Enkelejda Hoxha was arrested on February 11 after releasing a convicted murderer for 12,000 euros.

Enkelejda Hoxha was arrested after a SPAK investigation, while it is suspected that she abused her duty by enabling the release from prison of many well-known names in the criminal world.

Hoxha is known for the favor he has made for the release of Endrit Dokla and Hekuran Bill. The latter was executed at gunpoint.

On November 7, 2017, Enkelejda Hoxha released from prison Genci Tafili, Admir Tafili's brother, both well-known names in Albanian justice, accused and convicted of several criminal offenses. Genc Tafili was released on parole by the Kruja Court in 2017 from Judge Enkelejda Hoxha, after serving 17 years in prison.

Also in November 2017, Judge Enkelejda Hoxha released Ilir Paja from prison, known by the nickname "UFO" by Italian justice, after he had escaped three times.