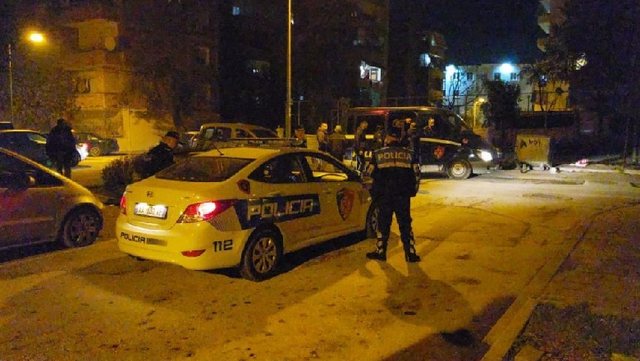 A person was wounded with a firearm last night at midnight on "Karaman Ylli" street in Tirana.

According to police, E. Gj., 34, was injured after an instant conflict over poor motives with two brothers. Following the incident, police were able to arrest one of the perpetrators and declare his 25-year-old brother wanted.

"Specialists for the Investigation of Crimes in the Police Commissariat No. 4, thanks to the timely reaction and investigative and professional actions made possible the arrest of one of the suspected perpetrators, namely the citizen K. Sh., 33 years old, for the criminal offenses" Murder with intentional attempt "committed in collaboration" "Illegal possession of weapons" and "Breaking public order"

And for the same criminal offenses, his brother, citizen R. Sh., 25 years old, was declared wanted.

Citizens K. Sh and R. Sh (brothers) in cooperation with each other, yesterday evening, around 23:45, after an instant conflict for weak motives, in the street "Karaman Ylli" have wounded with firearms in foot, citizen E. Gj., 34 years old, who is under the care of doctors, out of danger for life.

"Under the direction of the Prosecution, the work for the full documentation of this event continues", announces the Police.

The materials were forwarded to the Tirana Judicial District Prosecutor's Office for further action.

Representatives of AMT were not allowed to submit a request to the ministry, Margariti reacts: They did not request a meeting