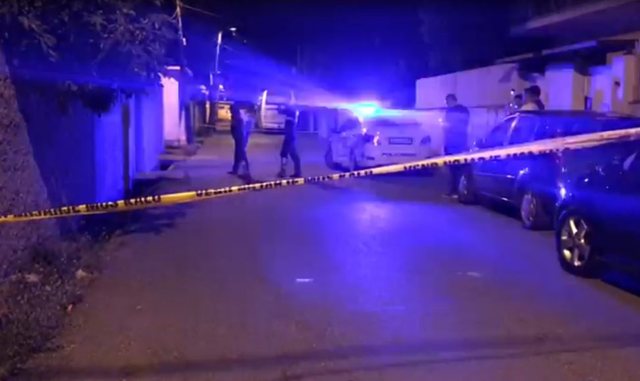 The two injured, Hasan Ferracaku and the 17-year-old juvenile Elmilind Dyli are the first arrested for the 4-time murder in Velipoja, while the 3 brothers with the surname Ferracaku have been declared wanted by the police.

The police report states that the citizens Hasan Ferracaku (Verracaku) and the nephew of the victim, 17-year-old Elmilind Dyli, who were injured in the Trauma Hospital in Tirana, were handcuffed.

The persons are charged with "Murder in other qualifying circumstances, against two or more persons" and "Unauthorized production and possession of weapons and ammunition", in collaboration.

Following the investigative actions carried out by the special investigative group, for the clarification of the event that occurred around 00:30, in Pulaj Plazh, Velipoja, where as a result of an instant conflict, 4 citizens were killed with firearms and 2 were injured. others, based on the evidence gathered, the citizens were arrested in flagrante delicto:

The citizens AV, Sh. Were also declared wanted. V. and BV, brothers, resident in the village of Pulaj, Velipoja, Shkodra municipality, suspected as co-authors in this event, for committing the criminal offenses "Murder in other qualifying circumstances, against two or more persons" and "Production and detention without the permission of weapons and ammunition ", in cooperation.

As material evidence, two pistol firearms were seized, one of which was found at the scene, while the other was found during a search of the Gocaj family hotel.

The investigative group, under the direction of the Prosecution, continues the work to fully clarify the circumstances of the event, identify and apprehend other persons involved in the armed conflict.
The procedural materials will be forwarded to the Shkodra Judicial District Prosecutor's Office for further action.