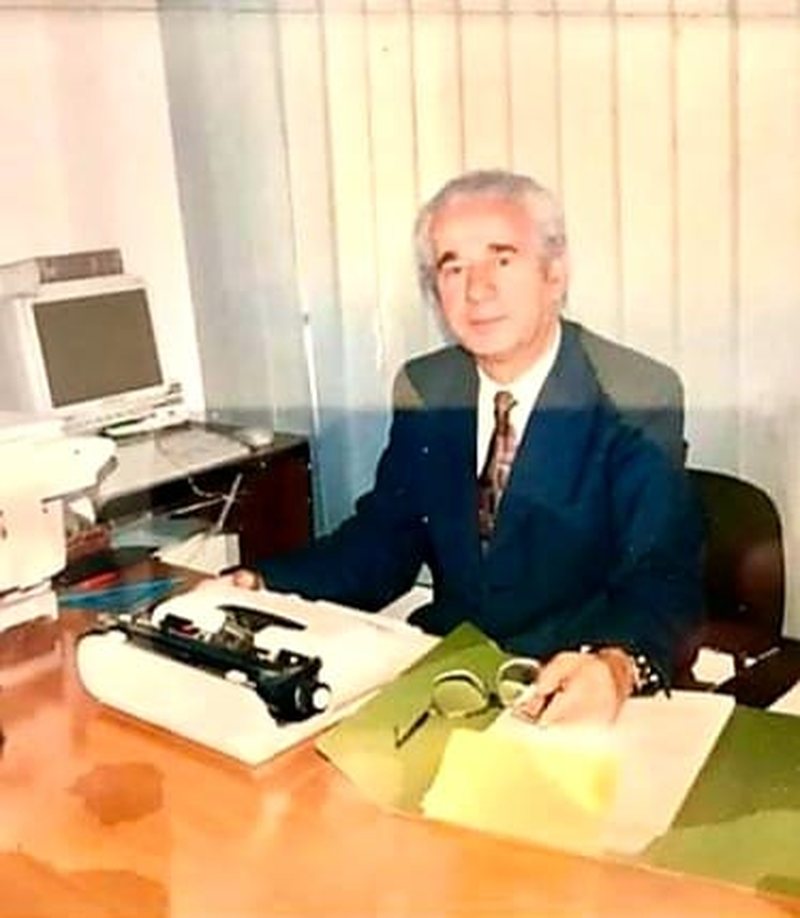 Kolec Çefa after he died! After a precious man dies!

The news was given to me by Claudia Bumçi of Vatican Radio. I was sorry but more ashamed of myself that Koleci not only died but now I am also buried in Shkodra and I was not there to say two wishes and throw a fist at him.

For more no line of an obituary or a chronicle no matter how small news, at least one local television in Shkodra, for a man who devoted his life to Education and Culture, worked with Mons. Frano Illinë, published books and articles praising the work and resistance of the clergy in Albania, donated critical texts and unknown documents about Fishta, numerous articles, summarized in the volume "When the truth speaks differently", published in 2010. Koleci does not thus escape, anonymous. He did not deserve it.

Koleci was born in Shkodra on February 26, 1937, from Tefa e Roza. He worked as a teacher in Puka and Katunde of Shkodra where he is remembered with great respect.

I met Kolec personally in Tirana when I was a very young priest in the Cathedral of Tirana. There he came to Mass every Sunday. We became friends and I often went to meet him at his house. A wise and patient man, energetic in conversation, full of knowledge and historical memory, a devout Catholic. He had chosen to live unmarried, but devoted to culture and history, especially for the northern part and especially for Shkodra, which he did not forget.

The years passed and I moved to other missions, but every time work was done in Tirana we were seen and talked, albeit briefly, on the steps of St. Paul's Cathedral.

His tall body, white hair, and laid-back conversation made Kolec a pleasant man and interlocutor.

There was always something to say. He had known almost all the priests killed or imprisoned and could talk about each of them. He devoted his writings and biographies, including Marie Tuci to the stigmatists. With his Shkodra gegnisht, Koleci could be heard without becoming boring.

I had not seen or heard from him lately. Of course, death comes one day for all, and we can only prepare for it as best we can. The college has certainly, with the living religion it has had, been prepared for it. We owe death to God, but we can not allow anonymity to ourselves, especially for people like Kolec Çefa who have given something to the country, society, history, and culture. And Koleci has also given it to the Church.

Rest in peace Kolec, forgive us for just now we remembered you! Forgive Shkodra that you loved so much, but that perhaps confused by the gloomy life of these times, did not remember a devout son of hers.