Ibrahim Rugova: The leader who did not wake up as a European, spent the day as an oriental and slept like a cosmopolitan 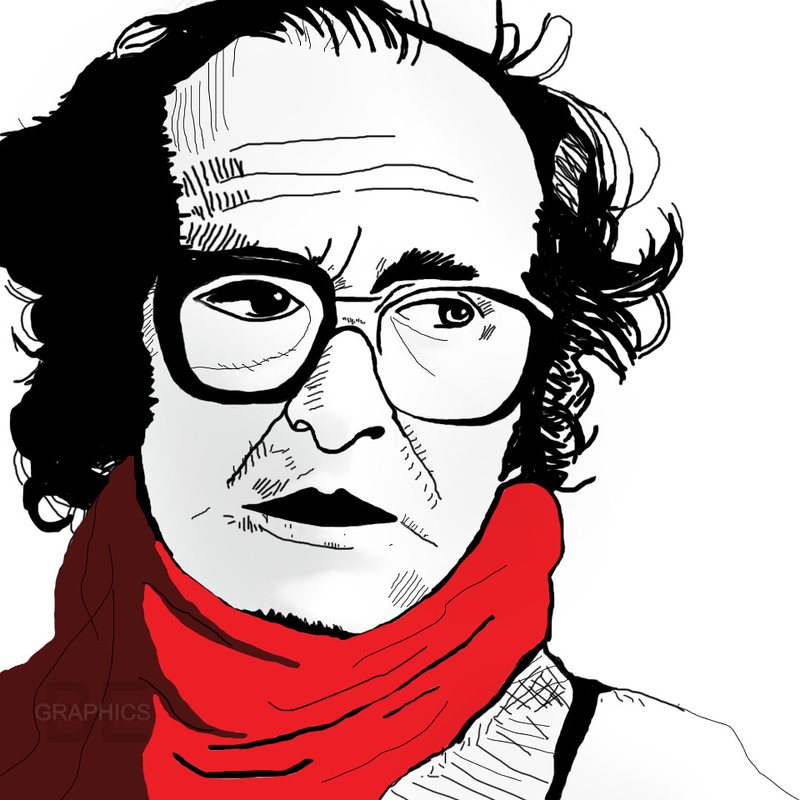 Ibrahim Rugova believed in the good - he was steadfast in this belief - he did not pursue violence with violence, nor tooth for tooth, but with the option of kindness. He was a man of art and culture, he had a cultural and artistic background and at the beginning of his political journey, he mentions Edmond Burke who said that the only thing needed to triumph over evil is for good people to do nothing, this thought penetrates in depth the whole western civilization, with which he connected the history and culture of his people.

This was sublime belief and an unusual approach to the troubled Balkans; was quite an original mindset and amazed the advanced world. Writing about Rugova's figure, the greatest Albanian writer, Ismail Kadare, in the preface to Rugova's book "The Kosovo Issue" writes: "It is enough to read this long story of Rugova, to understand well the character himself as well as the ideas and his platform and that of the Albanians. But what is captured even more clearly from this book is how far and how high this Albanian leader stands in comparison with all the other leaders who have turned the Balkans today into a log of rage and mourning. ”

Therefore, today the crushed and weakened Kosovo needs the political and cultural lessons of Rugova, as man needs clean air and water because his work is an inexhaustible cultural and political source, where we can quench our thirst, where we can refresh and nurture and at the same time be inspired for good and beneficial deeds.

Kosovo today is extremely weakened and crushed because it has fallen on the road of Rugova, a road that brought us freedom, international dignity, and state.

Kosovo today is without moral and political authorities and with some dangerous demagogues with extremist mindsets who turn to them as false prophets, so its people must go back - not too far - to Rugova's lessons that are fresh and inspired by his exemplary figure to overcome the great challenges ahead.

Rugova Road is a road of peace and dignity.

He wrote the political gospel of the Albanians - the testament of political love, for the Albanian man, his history, culture, and identity.

This testament must be eaten daily by his countrymen at their table: to be inspired by it and to believe in it, to be ennobled, to overcome the iniquities, iniquities, and doctrines that characterize the time after it.

Rugova is the creator and builder of the state of Kosovo. The most knowledgeable and normal politician who has emerged from the Albanian race. The man who renewed and cultivated as no one the organic alliances with the West and who put Kosovo on the political map of the world.

Rugova was a humane politician, not at all megalomaniac, like his kind among Albanians.

He loved man and cared to nurture him with feelings of love, respect, humanity, and solidarity. He did not hate anyone. Because he was real and humane.

He did not speak wickedly and with hatred for the adversary, but cared for and ennobled the political language with human feelings for man, autochthony, and universal tribal values, where he walked steadfastly and oriented his people without temptation.

Rugova loved the autochthonous, but also appreciated the universal, those noble values ​​of the civilization of freedom and Western love, for which he worked unwaveringly and with all his being.

He was influenced by Bogdan and Western authors and was not tempted, shaken, or seduced by negative ideas.

Thanks to this philosophy, he made the whole advanced world embrace our cause and be with us. And so, our sacrifice and struggle were rewarded with the freedom and independence we have.

Rugova worked with passion for the westernization of our society, a process that has become ugly after his passing into eternity. He had this idea and mission. Therefore, he did not wake up as a European, then spend the day as an oriental and go to bed as a cosmopolitan. He was real: An Albanian Westerner, hardened in thought and action, who knelt before Gjergj Kastriot and had Bogdan as his spiritual leader, and this made him great and unique.

Therefore, I miss every time I remember his prudent step and see the disoriented steps of many of today's cruel politicians.

I get bored every time I hear his speeches and interviews or read his works and ideas of cultural and political tribes, and then I get sad when I see the nonsense, tears, and quirks of Albanian politics, disoriented and without any idea or ideal.

Therefore, we need Rugova's lessons today and forever for many reasons, and they should serve as a decalogue of how the state is made and how people unite around common goods and sublime goals.

-First, to cleanse the polluted minds that the gossipers call gossip politics and the intrigues and deceptions have raised them to the level of the highest values. This is the way to strengthen the spirit of tolerance and to create a clean, democratic and cohesive environment.

- Secondly, to delve into the work of knowledge, culture and to sacrifice love for the country unconditionally, first of all by loving man, history, and autochthonous.

-Thirdly, his rich work helps us to defeat the wit-brained minds that have ruthlessly attacked political and cultural life by reducing politics and culture to a banal level.

- Fourth, to learn how to defeat the opponent, the enemy, without ever using insults, lynching, rage, and intrigue and at the same time how to establish close trusting relationships with friends and allies, who in sad days stay close.

Rugova throughout the cultural and political journey was real, not at all stubborn and fiju-fiju mind. He lived for an ideal, became incarnate with it and like the biblical Moses, freed his people from captivity and lethargy, but on the shore of peace he died without violating the Promised Land, without experiencing the Independence of Kosovo, to which he devoted the whole life and at the foundation of which is the cornerstone.