Nano, the charlatan we deserved 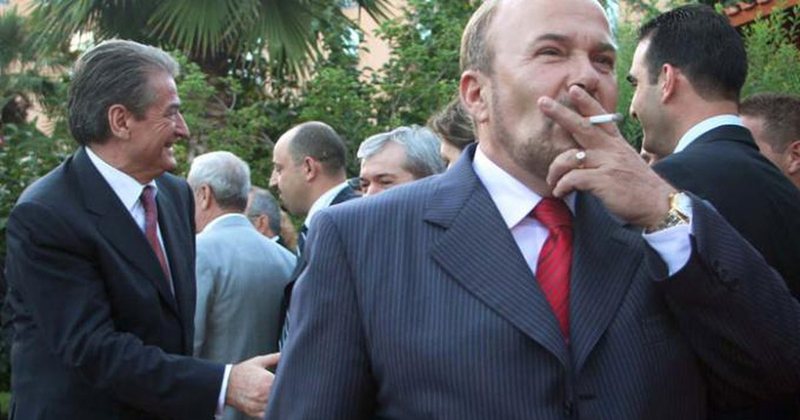 Fatos Nano's reappearance after so long proved again a saying that as ordinary as it may seem, it turns out to be just as true in every case when it is put to the test: peoples have the leaders they deserve.

And here I am not talking about his banal interview in "Opinion", but about the surprise caused by the wave of reactions to it.

A diverse crowd of people, made up of staunch oppositionists, former nanoists whom the hatred of Rama has thrown into the arms of the PD or LSI, conspiring enemies of the renaissance and the 99s who populate it, have erupted on social media with mockery, sarcasm and even insults to the retired leader here of a decade and a half ago.

The resulting fortune is unimaginable.

Some remind him that now, before the elections, he rushed to cut Rama his black nails, with whom he recognized him as "a refugee and icon trafficker in Paris". Some despise that she even used the pain of the late mother, in favor of today's woman businesses. Some despise him for the not-so-comfortable position of a drunkard who tries to alibi a drug addict.

All this reaction comes from the simple fact that Fatos Nano decided to flush Rama in Fevzi's studio, now on the eve of the elections, disgustingly licking everything that has conspired against him for years.

And this is where the problem lies. Because all those who today are throwing stones at the old leader of the SP, seek to measure him through values ​​that he neither had nor claimed: such as coherence, honesty, and principled judgment.

The enemies of the Renaissance who are anathematizing him today once worshiped him for the same sins that they can no longer forgive.

He had been just as deceitful and unfaithful to the socialists when, in 2007, he appeared alongside the late Sokol Olldashi in his campaign for the Tirana Municipality, against Rama. He stuck another knife in the back of the SP when he trafficked six nano-MPs to elect Bamir Topin President and to remove Berisha from the nightmare of early elections.

Everyone remembers how he lined up next to the doctor, to amnesty each other and hit his socialist successor, against the pompous background of the Palace of Brigades. Nobody has forgotten the show in aid of Ilir Meta, whom he was ready to make the driver so that the common car would crush Edi Rama.

So since he left active politics in September 2005, Fatos Nano has been used as a squeezed lemon by the next rulers. Berisha and Meta lied to him unscrupulously, mocking the mirage of the presidential candidate, while the power of the renaissance is teasing him in exchange for some advantage in business that he does to his family.

Nano has not changed in 15 years ( see the documentary here ). He has turned the former aureole of a political prisoner and the clarifying mantle of the modernist of the former communist party into a coin.

And at this point he is himself. Here he has not disappointed anyone, because even the greatest naive or dreamer, has not left the opportunity to judge him by moral parameters. Cynical, a trader of ideas, disregardful of any political values ​​and beliefs, he can not be accused of pretending otherwise.

Therefore, all the anger of those who make them upset with the pro-Edi Rama pirouettes in "Opinion" are either naive and stupid or hypocrites and clowns. Because they are the same ones who applauded the services that Tosi once did to Sali. Because they are totally similar to those renaissances who yesterday cursed him for the knives on the back he stuck to their boss while today they applaud him for the opposite.

In this sense, the blame is not on Fatos Nano. Nor to the petty benefits he is extracting by putting to use the remaining particles of his former glory.

Here the main problem is with those who judge it. With those who try to measure him with a harsh moral meter, when his behavior hurts him and they swear by his head when what he says interests them.

Nano is the same, the same small shopkeeper as before, but those who do his process are unfortunately similar. Even they, whether Renaissance or Democrats, have rarely tried to see it in the light of beliefs, principles, coherence. They have loved or despised him according to interest.

That is why he is probably one of the leaders we deserve.