Note / America is not enough 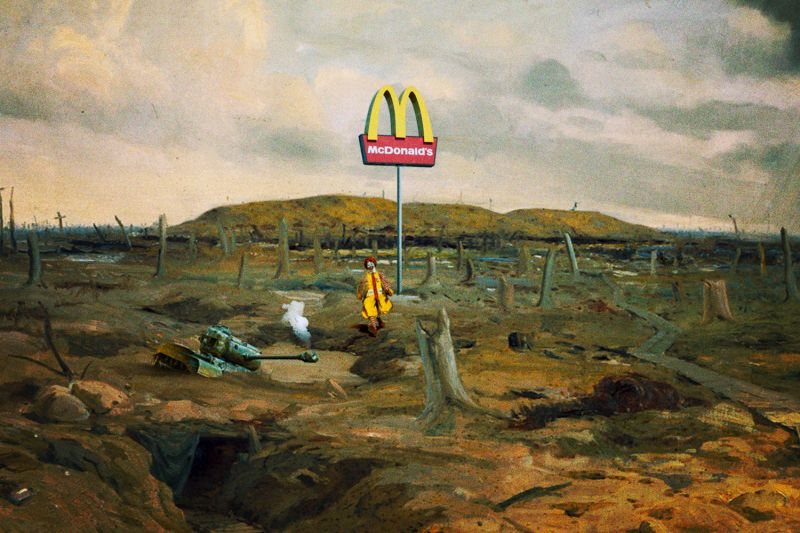 The Afghan drama is the clearest proof that America is not enough. More than 20 years of American and Western efforts to build a functioning state failed. The state and security forces disintegrated faster than the Taliban advanced. In the absence of the Americans, democracy in Afghanistan proved an illusion.

Institutions such as elections, President, Parliament, local governors, etc. were a fool without any essence. Seriously corrupt and detached from society these institutions were just paper. The end? People run away from the eyes feet. The world on the stage decorated with the idiocy of institutions watches the drama of a people that boasts that it is the tomb of empires, but it is also of itself.

The Afghan example is not the only one. History has given us other examples of how institutions fall when they have no connection with the people. They do not work when they are corrupted and serve only the gods of power and not the people. Institutions fall even when the people do not take their destiny into their own hands, but run towards the airports, towards the border, or worse, when the people line up in the fans of the gods who play the theater of democratic institutions like children who play house.

The debate over Afghan immigrants by ordinary people, who are often immigrants themselves, is ugly. But just as ugly is the bragging of politicians taking the pose of the important factor for allies. Both sides, ordinary people and politicians, forget that we have our own Afghan drama. We are Afghanistan for ourselves.

In 30 years we have had the same failures with institutions. For 30 years, Albanians have continued to flock to airports and borders, as have Afghans. In 30 years, Albanians line up as fans after the leadership, after the gods of our parties. Corrupt elections, corrupt institutions, corrupt justice occurs from political corruption. From the monopolization of political power, first to political parties and then to government. Corrupt politics has long served only itself.

But, just like in Afghanistan, our drama also happens from the opportunistic relationship of the citizen with the gods of the political game that we pamper by calling them "leaders". It is we, inside or outside political parties, who easily and joyfully surrender our political will to party "leaders". We are voting for criminals. It is we who vote and re-vote corrupt politicians. It is we who use two standards. Another for himself and another for the opponent. It is we who, even when living abroad for decades, continue to quarrel on social media about our political gods. The mechanism, the vocabulary of strife and exclusion in democracy is the same as that of communism. It is we, politicians and ordinary people, who have it after we have submitted the political will to the god-leaders of the parties, then we keep the hope in foreigners. Political gods await international reports and statements as political fuel. Ordinary people, to justify murderous opportunism, expect justice to be done to us Americans. Let the Europeans regulate our economy. The government rushes to pump in the media as "Urbi et orbi", the internationals every half phrase that justifies its actions. The opposition complains about the Americans holding Rama in power.

Afghanistan is a tragic piece of evidence that neither the Americans can hold on to nor bring to power. Freedom, democracy, and justice cannot be defended by Americans. It is proof that democratic institutions are real only when the common man is involved. They work when we believe in our individual freedom. When the citizen, business, media, civil society do not line up with fans and fanatics. When a thought does not escape corruption here to find competition elsewhere.

Afghanistan is a lesson we must learn for ourselves. Ordinary citizens or committed individuals, end support for corrupt "leaders"! Let us not soften this judgment because he can be our "leader"! Let us not expect foreigners, even Americans, to oppose the purchased elections, even when they have brought to power the "leader", our candidate! Let us defend democracy within our parties! Let us not go blindly from one party to another! do not expect from others!

Help is not enough.

America is not enough.