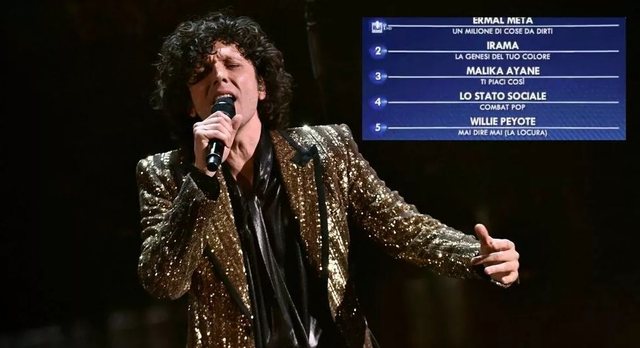 Albanian singer Ermal Meta competed last night in "Sanremo" with the song "Un millione di cose da dirti" and has immediately become one of the favorite songs of this year.

This song has captured the hearts of Italians who have ranked Ermal at the top of the rankings. Based on a preliminary ranking based on public votes, the main Albanian singer topped the list of 26 Big Artists. 300 people took part in the voting and Ermal Meta collected the majority of votes.

Recall that in 2018, Ermal Meta and Fabrizio Moro represented Italy in "Eurovision" with the song "Non mi avete fatto niente".