Serbian Persecution and Conversion in the Middle Ages: in the time of the Nemanjic Kingdom 'Catholic' meant 'Albanian' 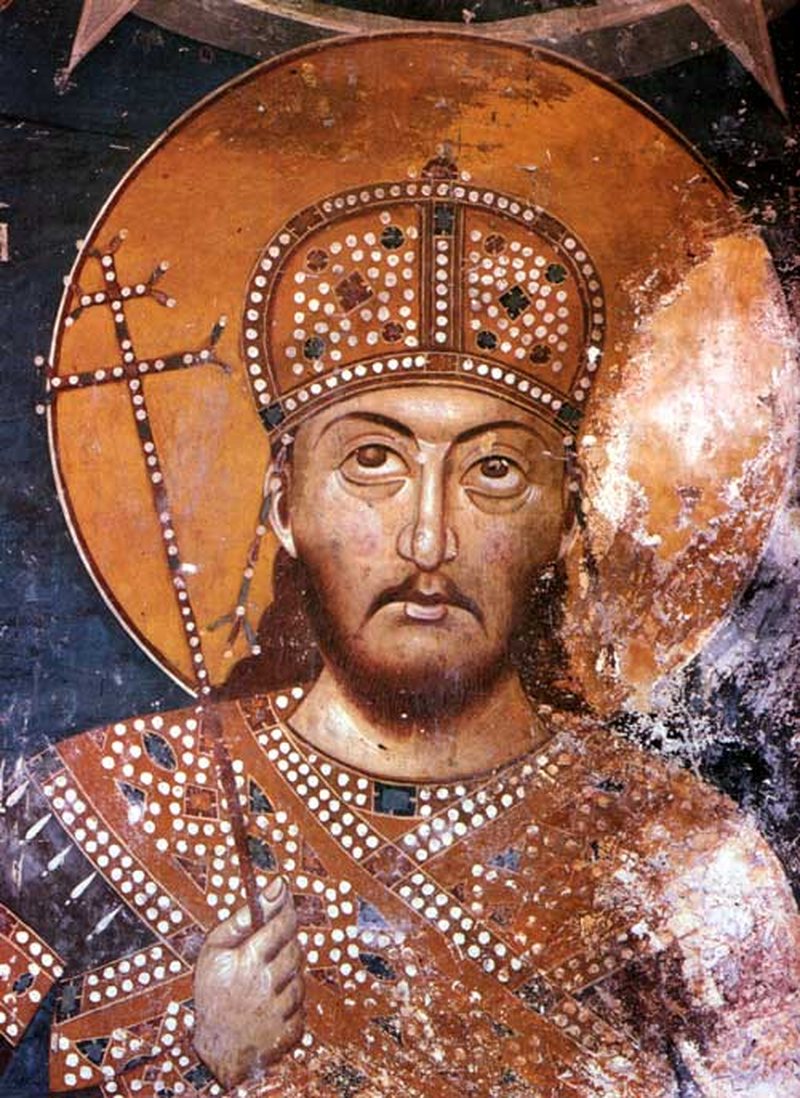 This article is part of the "PRINT" section of Politiko.al, with materials taken from the funds of the Periodical and the Book of the National Library. Published in the newspaper "RD" dt. 25/04/1993, no. 349, p. 3.

In 'The Life of Stefan Nemanja', written by his son, the crowned Stephen, it is shown that around 1185 Nemanjd "united with his first homeland the whole province of Nis, Zvecan, Lipjan Morava, Vranje, the region of Prizren, the two Pologs and border areas with them ... defeating barbaric enemies with God's help. "The version of this life, written by Saint Sava adds that at the same time Stefan Nemanja expanded his conquests in Podrimje, Llap, Pult, and in the areas of the coastal Diocletian with the cities of Danja, Sarda, Drisht, Shkodra, Shas, Ulcinj of Bar. Various historical reports, from the quoted life of Stefan Nemanja to the repeated memoranda of the Popes of Rome, to the testimonies of Anonymous Gorka, Guljelm Admit or Spadugino on the expropriation and violent expulsion of generous Albanians, are transparent enough to see there a calculated effort aimed at transforming the Albanians into a raja people. As a result, at the beginning of the century. XIV almost all the lands of Kosovo, western Macedonia, and Zeta (Montenegro) were distributed to the feudal lords and especially to the Serbian monasteries that were erected here in a hurry.

It is understood that in such conditions, the problem goes beyond the simple religious framework. The "Catholic" frenzy of the Serbian kings is well understood as it is concluded that the geography of the Catholic rite in the kingdom of the Nemanjas corresponded almost completely with that of the Albanian ethnos. Still in the century. XVII Pjetër Bogdani claimed that in the areas of Montenegro, Kosovo, and Macedonia when the word "Catholic" was used, Albanians were meant. For Albanians to be rebaptized in the Serbian church would practically mean entering the process of merging them into the Serb community. Ecclesiastical assimilation, cultural assimilation, and ethnic assimilation were but a progressive stage of the same process of Serbization, which began precisely with the formal act of re-baptism and at the same time of receiving a new Slavic name.

However, the confrontation between the "schismatics" on the one hand and the "Latins" on the other, is constantly talked about in ecclesiastical and secular sources of the century. XII-XV is in fact a confrontation between Serbs and Albanians. The language, often dogmatic of medieval documentation, should not push us to lose historical perspective. The situation in the northern and northeastern Albanian areas under Serbian occupation has similar parallels to that of medieval Bohemia. It is well known that here, under the guise of religious conflict between the "Hussein heretics" and the "Catholic nobility" took place the war of the oppressed Czech people against the German feudal lords.

This combination of religious motive with the national one only explains the brutality with which the Serbian state tried to eradicate the "Catholic heresy" in the occupied Albanian lands.

As for the Catholic religion, in the territories where the Albanian ethnos confronted the Serbs, it became a kind of "refugium peccatorum" itself conservation and this explains the extraordinary success that Roman Catholicism achieved in the areas of Kosovo and Macedonia during the Serbian occupation. It is clear that embracing Catholicism in these areas was a matter of faith rather than a matter of political opportunity.

The "internationalization" of the issue of Albanians in the Serbian kingdom, which owes to a large extent precisely their accession to the European Catholic front, opened a lot of trouble for the Serbian Nemanjic. These could not ignore the anathema and the Pope's constant pressure to end the oppression of Catholics in their domains. Behind these could come the armed ladders of Europe's sovereigns: the mobilization of the Crusades was at that time a real weapon in the hands of the Pope. So in many cases, the Serbian sovereigns responded to the pressures of Rome by promising to give up persecution against their Catholic citizens, a promise they certainly never kept. To make it even more credible, many of them, including the great persecutor Stefan Dushani, promised the Pope the abandonment of Serbian "schism" and conversion to the Catholic rite. There was even a Nemanja and this was Stefan Uroshi II, who to prove his devotion to the church of Rome asked Pope Nicholas IV to "fall" to the Bosnian heretics. This is a subtle way to occupy Bosnia without opposition, even with the approval of the Pope.

It must be said that such strategies did not remain ineffective at all. Although they were well aware that these were head-to-toe flowers ("simulatio completa") and that the Serbian kings were nothing but deceivers ("mendaces"), many popes were obsessed with the ecumenical idea wanted to hope for a conversion to the end. of the Serb Nemanjic and their people in the Catholic religion, which would also solve the problem of "Catholic" persecution in their kingdom. This strange but always present illusion in the papal religious book and in the courts of Catholic Europe.