Elections in PD, VOA: Basha suddenly accelerated the process, in the campaign he stayed away from public statements 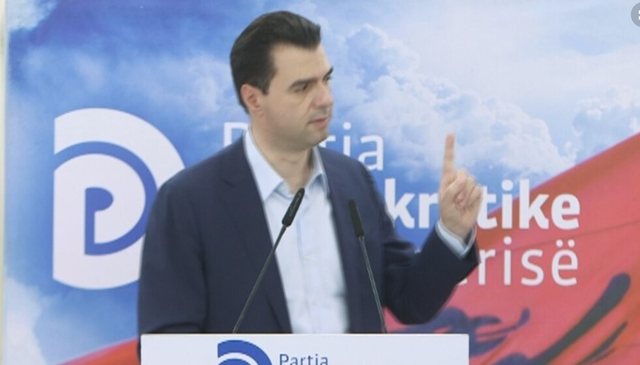 In Albania, the Democratic Party closes today the campaign for the election of its next president. In the face of Mr. Basha, who has been at the center of criticism after losing the April 25 elections, three other candidates were included in the race, who have demanded his removal as responsible for the Democratic Party remaining in opposition for another four years.

Under the effects of the negative result of April 25, the Democratic Party opened the race for the election of its next chairman. Faced with a chorus of voices urging him to resign immediately, its leader for 8 years, Lulzim Basha, suddenly accelerated the process, approaching the election date. His term, from which he chose not to resign, ended on July 22nd.

Mr. Basha started a tour of the democratic base before the race was announced, not reacting to the strong criticism coming from within the party, while he chose to campaign by staying away from public statements or media outlets. He did not respond to a request from VOA for an interview with him, unlike the other candidates, Fatbardh Kadilli, Edit Harxhi and Agron Shehaj, who in parallel with the tour of the party branches were very active with statements in the media. .

The three candidates who challenge Mr. Basha have different profiles. But in this campaign, despite the significantly different approaches, they united all the needs, according to them, for a strong change in the Democratic Party, and the removal of Mr. Basha, considered responsible for the loss of the April 25 elections.

To this position, Mr. Basha responded with a thesis which he made the refrain of his campaign: "For one thing we can not have 2 opinions, and we can not sit in 2 chairs, or April 25 was an election massacre or was a victory of Edi Rama. "If we accept the latter, then we have de facto violated the Democrats' sacrifice."

All the candidates agree that according to them there has been a change in the will of the voters, while acknowledging the fact that despite all this, the inevitable reality is that the Democrats remained in opposition again.

Mr. Basha has slipped to face this reality, repeatedly declaring, as he did in today's meeting in Paskuqan that "I neither know nor accept the alienation of the will of the Albanians on April 25 and the manipulated result of April 25. I neither recognize nor accept as legitimate any institution that emerged from this massacre. For me, there is only one way: the way of the total battle against the one who has declared a total war on the Democratic Party, the Albanian democrats, Albania and democracy. There is no other way! ”

So far there is no decision of the leading structures of the Democratic Party not to participate in parliament. In fact, many elected deputies, supporters of Mr. Basha, have stated that they will be present.

The campaign for the election of the chairman of the Democratic Party took place against the background of a decision that shocked this political force, when the US State Department announced that its historical leader Sali Berisha and his family were barred from entering the territory of the United States. United. Mr. Berisha considered such a decision unfounded, specifying that he did not intend to withdraw from active politics. Even last night in an interview on Syri.Tv television he announced that he could return to take over the leadership of the Democratic Party. VOA