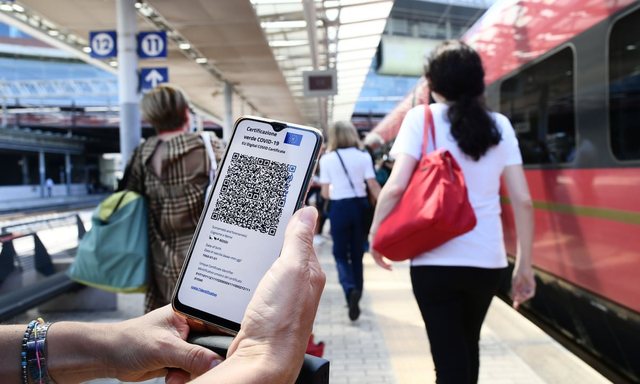 According to foreign media , the news was announced by government spokesman Gabriel Attal. The bill, which includes the extension of the health permit, was approved by Parliament on Sunday. "On August 9, the extended health permit will take effect," Attal said.

In his July 12 address to the people, President Emmanuel Macron announced that passengers traveling by train and bus, as well as people entering bars, restaurants, cafes, hospitals and nursing homes, would have to show "health permit" by the beginning of August ”.

Permission has been sought in places of culture and leisure holding more than 50 people since July 21st. This applies to theaters, cinemas, libraries, theme parks, concert halls, festivals, swimming pools or leisure centers, museums and monuments.

While the Minister of Transport Jean-Baptiste Djebbari had suggested that the extension of the health permit be done between 7 and 10 August.

"For domestic flights and long-distance trains, which means TGV, intercity and night trains, you will need to show a health permit," Djebbari said.