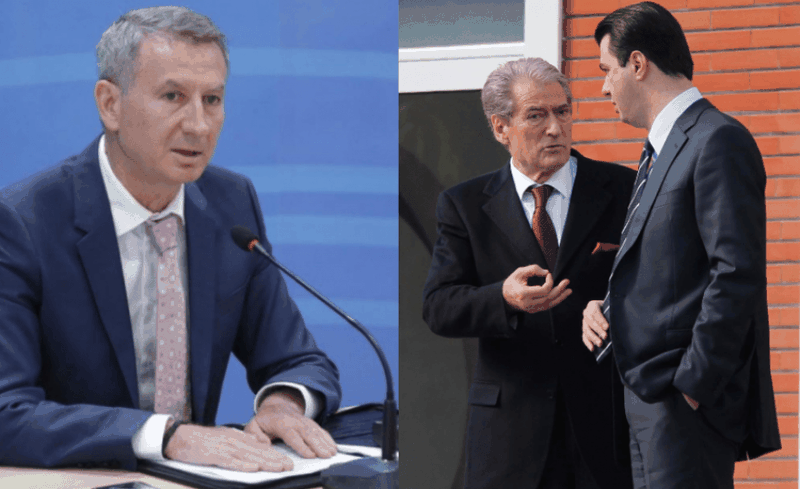 1- The crisis of the Democratic Party is deepening. Most Democrats know that we are at the lowest point, but this does not prevent either Berisha or Basha from fighting at a distance. Neither one nor the other provide solutions. No one will back down. They will go to the end. Berisha will gather people.

Basha will keep the seal. They will go to court like couples divorcing. They will share the spoils. What do Democrats gain? Nothing worthwhile except, from one chairman will have two.

Whoever wins between Basha or Berisha, will control a small DP. A divided PD does not win.

Basha is lost. Berisha is possible. How are we going to face Rama? With a possible president and a smaller party?

2- Basha has shrunk the party and leads it with a private team. For anyone who has the slightest attention to the affairs of the DP, it is clear that Basha leads with personal teams. Forums are useless. They are for decor. It has vice presidents, secretaries, and collaborators as a decoration. They dare not engage in political battles. Enjoy the post. How long they stay in line will be "clean" decor.

4- Basha talks about "oligarchs". Just talking. He does not accuse. The names were simply mentioned. Cranberries and Mane. He was neither brave nor liberated.

Yes, why were we sorry for that? That makes him a leader? Does that separate him from evil? The question rightly arises, did he receive funding from these two oligarchs? Is the PD financed by these? If so, what is the point of mentioning the names? People ask: Did the brother-in-law's company have direct or indirect contracts with these oligarchs? This should be clarified by Basha.

5- Basha is the problem of today - Berisha is the cause of this problem.

The pulpit has become like a shrine. The desperate ones go and pray for the mayor. They are right to resent Basha. But praying in the shrine does not solve the problem. You are comforted, but you do not escape the problem. Berisha's followers think they will get rid of a mayor, but they are producing a stronger chairman. The party is not saved by strengthening and mythologizing the President, or his rival. The party democracy is not expanded by the chairman. Neither from Basha nor from Berisha.

6- The dynamics of the distance confrontation between Basha and Berisha is leading us towards a traumatic Assembly. Such an Assembly will not bring any solution. Removes Basha who has made the DP a monopoly. Returns Berisha who has always had a monopoly. Or worse: Will we remove Luli to put Nuli? Subtract a Zero and add a Zero?

7- Democrats to return to the Manifesto. The Political Manifesto for the Revival of the Democratic Party has the answers. A party bigger than the chairman, ie the strong party - not the chairman. The mayor has only one chance. Lost? Ikën.

Those who lost had more than one chance.

Berisha uses the Manifesto proposals today. But he can not, even if he wants to, can not bring them to life. Talks about a primary. There can be no primary elections with Berisha as President. Democrats know the end of Berisha's primaries. Basha won, as his chosen one. We have made a choice, but the winner has always been Berisha's favorite, as Basha's favorite turns out today.

He talks about open parties. An open party where those who were upset and those who were expelled return is not an open party. The mayor expels you, the mayor returns you. This is not an opening. The party is open when you bring in those you have never had. These will come when we are sincere and pure and undefiled. There is no such in the PD?

8- What solution does the Democratic Party serve us?

• Basha must leave. Berisha should not return.

• Basha to resign. Berisha not to run. To say it clearly.

Those who follow Foltore should know that they are there for the change of the party, or they are to bring back Berisha.

• The Assembly should be appointed only after Basha's departure. The Assembly must serve the Democrats, no one else.

• With Basha's departure, the race opens. A new chairman is elected.

• Assembly to be held later to put things in line.

This is a solution for everyone. It is not just for two.

For a clean, strong, and competitive PD!