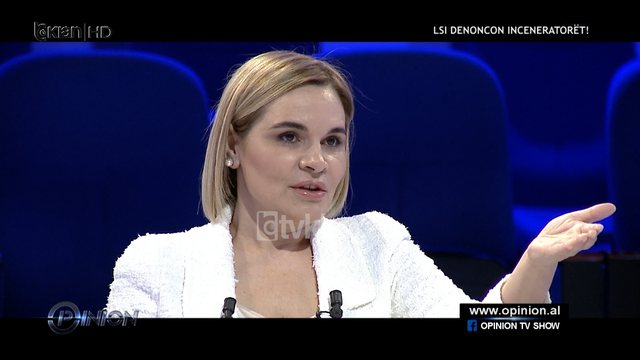 SMI chairwoman Monika Kryemadhi, invited to 'Opinion', talking about the strong denunciation made at noon, has shown when she was first introduced to the issue of incinerators. She said that she and the party she leads are familiar with the issue in 2017 and that the stance of this political force has always been against incinerators.

'The issue of incinerators for Monika Kryemadhi and the SMI has become public and known around November-December 2017. None of us not only was not aware of such a thing, but also other ministers who have been in government , whether Mr. Panariti, Klajda Gjosha, or Sokol Dervishi and then Petrit Vasili who was Minister of Justice.

There is a letter from Vasili addressed to the Regional Council, Fier Municipality. I was not the chairwoman of the SMI at that time, but I am talking about Mr. Vasili, who wrote a letter to the Fier Municipal Council asking for the Fier incinerator, a conversation with interest groups.

So with the citizens. I first heard the party chairman on this issue and told him that you know very well my position on the environment and waste. The problem is what Mr. Koka was the Minister of Environment or what the file is here. On the issue of the incinerator, Koka asked me not to speak against, but I told him I could not. He said incinerators are more environmentally friendly than landfills.