DP: The port of Durres is being used as a washing machine for dirty money, justice to act 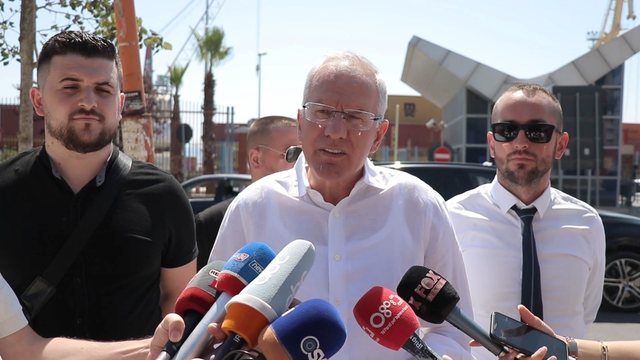 The MP elected on April 25, Ferdinand Xhaferraj, on behalf of the DP has asked the Government to make transparency regarding the project for the Port of Durres, because according to him, so far we have seen only the model.

In a statement to the media from the Port of Durres, Xhaferraj said that we still do not know on what basis the study will move the port of Durres, where, when and how it will be relocated and what capacities it will have.

The Democrat MP also asked who will pay the loans, or what will be done with the concession contracts that are for 35, or we will pay again in arbitration, he added.

Xhaferraj asked the justice to act, because according to him, the Port of Durres is being used as a washing machine for money laundering. According to him, during the construction line there will be only villas in front of which yachts will be parked.

Two days ago, Prime Minister Rama threw for consumption the model of the new Port of Durrës. Again and as always we saw a 3D presentation.

But given the importance of the Port of Durres for the city and the whole of Albania, we have asked and continue to ask the government for clarification on several issues:

The European Bank for Reconstruction and Development (EBRD) has financed 32 million Euros for the ferry terminal. The World Bank has funded $ 13 million for the grain processing quay. Who will repay these loans?

Perhaps the smallest problem is the financial value. The major problem has to do with the fact that Rama is increasingly taking us off the road to the EU and is assembling our ties with the east.

Third: What will be done with the concession contracts for the bulk cargo terminal and the passenger terminal? There we have German companies that have been on concession for 35 years.