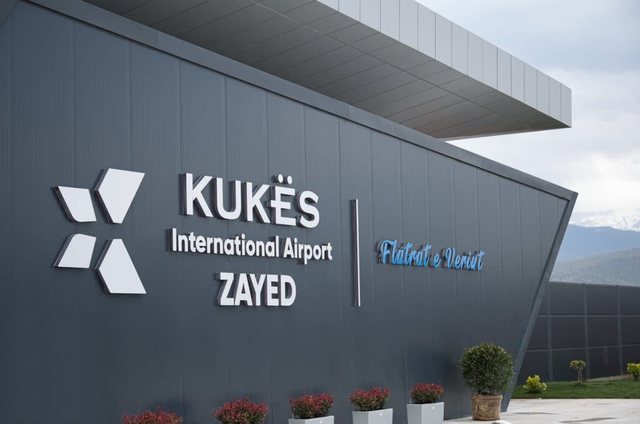 A few months after it opened, flights to Kukes airport were suspended. This was confirmed by the director of the airport Altin Progonati, who said in an interview with the media that the two airlines "Air Albania" and "Helvetica" have not scheduled flights, which according to him, should resume at the end of February.

This interruption of flights due to lack of passengers has been going on for two months. The first plane landed on the runway of Kukës airport on April 18, where Prime Minister Edi Rama and the "London boys" boarded. While flights departed normally in June.

"This airport will bring 1 thousand direct jobs and thousands of other jobs, which will be created as a result of the airport. Airports are not dance floors, nor are they for fun, but are development factories, bringing with them many other activities. We have a great ambition to turn Kukës into a reference point, not only for the inhabitants of Kukës " , declared Rama at that time. 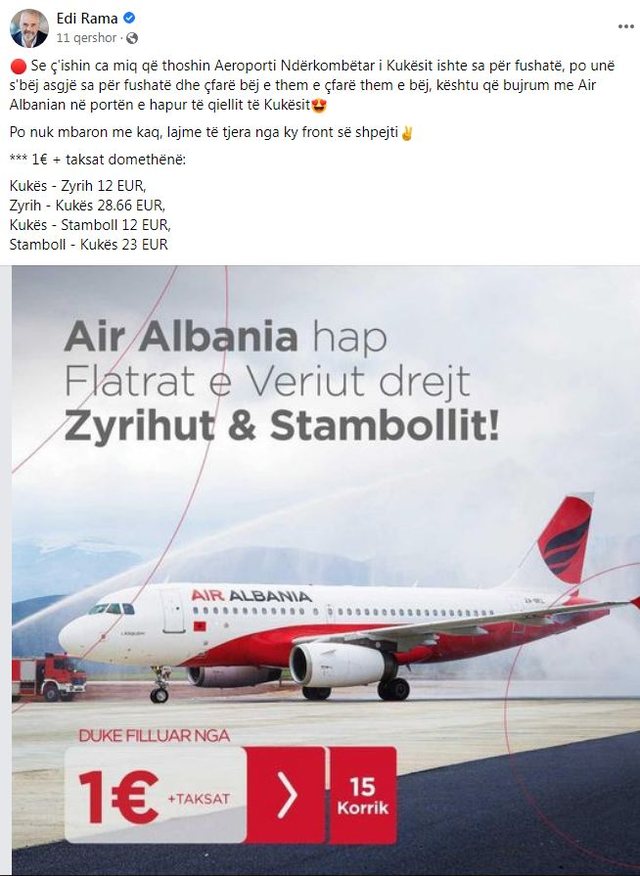 Kukes Airport is named "Zayed - North Wings", in honor of the Crown Prince of the United Arab Emirates. "Zayed-Flatrat e Veriut" has a runway of 2.2 kilometers and its observation tower, while in the part of the aircraft, it is designed to hold three aircraft at the same time.

Meanwhile, within an hour, four planes can depart from Kukës airport. The terminal occupies a site of 3500 m2, has two entrance gates and inside it is a museum area in memory of the Kosovo war, which was also the starting point of this airport, as a gift from the United Arab Emirates to receive aid for refugees.

Meanwhile, about a week ago, the works for Vlora airport officially started and the Saranda airport is expected to be built.