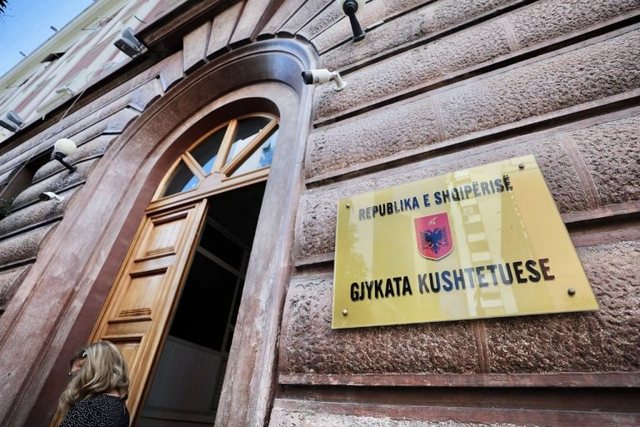 Two years after the ongoing debate on the legitimacy of the elections of June 30, 2019, the Constitutional Court decided to reject the request of the Association of Municipalities, President Ilir Meta and the opposition force, for the unconstitutionality of the elections.

Based on the decision, the court argues, on the other hand, the illegitimacy of the applicant, the mayor of Shkodra, Voltana Ademi, who according to the court has no jurisdiction to decide on the Constitutional Court.

"For the verification of the constitutionality of parties and other political organizations, as well as their activity, according to article 57 of law no. 8577/2000, the Court is set in motion at the request of the President of the Republic, the Prime Minister, not less that one-fifth of the deputies, the People's Advocate and the Chairman of the Supreme State Audit. "movement the Court for the exercise of its competence provided in Article 131, point 1, letter" d ", of the Constitution" , it is stated in the decision of the Constitutional Court. 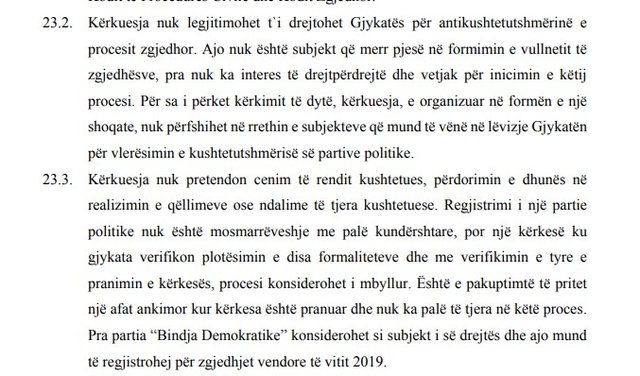 The Constitutional Court convened on 2 November, following the final opinion of the Venice Commission. Part of the session were representatives of institutions such as the Central Election Commission, the People's Advocate, and the Democratic Obedience party. The Constitutional Court decided to legitimize the June 30 elections by rejecting the request of the Association of Municipalities.

Decision of the Constitutional Court