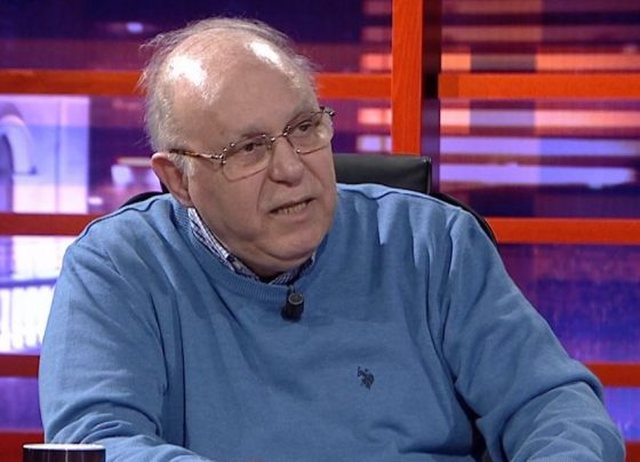 Dr. Tritan Kalo has left the Technical Committee of Experts, where he was part of the structure since the establishment of this structure, on January 31 last year. The news was announced by Kalo himself through a post on Facebook.

"March 4 marks the end of my official collaboration with this group entitled: 'Standing Committee on the Infection of the New Coronavirus'…. I am very grateful for the good faith you have shown in my experience and dedication.

If any of the critics and scholars have wanted this place he / she has it already free…. I am here and I will never give up the contribution, to serve those who believe in my work, dedication and professionalism, but also to give my help in the progress of works to face this pandemic, if such a thing will still continue to be required of me ", says Kalo.

The latter also explains the reasons that forced him to make this decision. According to Kalos, the doctors are divided and the doctor blames politics for this, but also those analysts who, according to him, should not have been involved in this issue that belonged to medicine.

As always, this time "Pordhitika" made it possible to divide the doctors in their attitudes and in their contribution, to face this "worldwide flame". Do we have the simultaneous existence of three Official Committees or not: to the current government, the Presidency / SMI and the Democratic Party, or the opposition in a broader term.

At a time when interaction beyond party affiliation is needed, we doctors are placed in three trenches. Shame and go shame. I never imagined that career and greed would reach such a point that even in the face of a national existentialist challenge we would be divided into "three stances". "Scientologists and analysts grow everywhere and everywhere, inside and outside the geographical borders of the Arberian lands" , writes the doctor, among other things.

Kalo suggests that he will continue to give his contribution as a doctor, but will no longer be part of the Technical Committee. He has often reacted, emphasizing that the Committee does not make decisions regarding the coronavirus situation, but simply proposes seeing the progress of the pandemic.