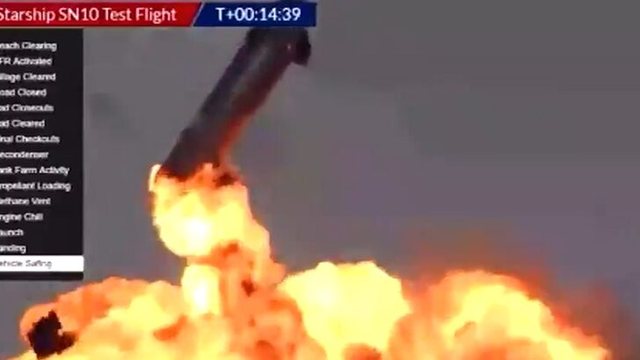 10 minutes after landing on the Earth's surface, a SpaceX rocket exploded, although it actually managed to climb to almost 10 kilometers altitude on the first test flight.

According to technicians, the cause of the Starship rocket explosion may have been a gas leak. Elon Musk, who is also the CEO of the company, has considered the test a success, as the SN10 rocket landed smoothly, unlike the previous prototypes, SN8 and SN9.