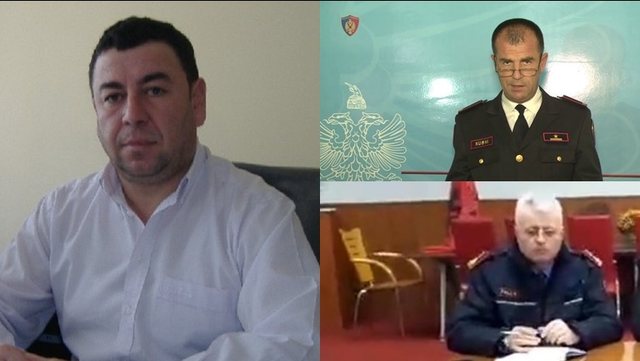 The killing of Pjerin Xhuvani and the wounding of 4 other people, including a police officer, in Elbasan, 4 days before the April 25 parliamentary elections, could have been prevented if the police had intervened in time.

This conclusion was reached by the Elbasan Prosecutor's Office, after more than a year and 2 months of investigation from the serious event and sent under house arrest two former deputy directors of the district police, Nikollaq Palla and Albert Nushi, while 6 officers were suspended from duty. Special Force "Eagle".

Referring to the dynamics of the event, the two deputy police directors arrived first at the scene, in the neighborhood "5 Maji", after the announcement made by Arjan Hoxha, introduced as head of security of the electoral headquarters of the Democratic Party in Elbasan.

Police officers were standing on the sidewalk, talking to Hoxha, as the latter was told that he and his colleagues had blocked a vehicle without license plates, as they suspected that its driver, identified as Mehmet Greca, was buying votes. in favor of the Socialist Party. The police did not intervene in time, allowing Pjerin Xhuvani, Klement Xhaferri Gentian Sharra, Elton Bodinaku, Luan Tabaku, Mario Cela, Marsel Rroka, etc., to come to the aid of Mehmet Greca, who were moving in 3 vehicles. The parties clashed and there was an exchange of fire, where as a result Pjerin Xhuvani was killed, while 4 others were injured. The former special staff of RENEA, Arbër Paplekaj, is accused of Xhuvan's murder, while the two people who shot at him have not been identified.

"By the two deputy directors, Albert Nushi, director of the Crime Investigation, and Nikollaq Palla, director of the Investigation for Order, and by the police force of the Special Forces, the Eagle did not initially act to accompany Mehmet Greca and his vehicle. his. "Failure to commit this action has allowed Mehmet Greca's friends to take territory and dominate in the presence of the State Police Forces" , it is stated in the file.

According to the prosecution, police officers could react accordingly to the situation, using firearms to save the lives of citizens. News 24