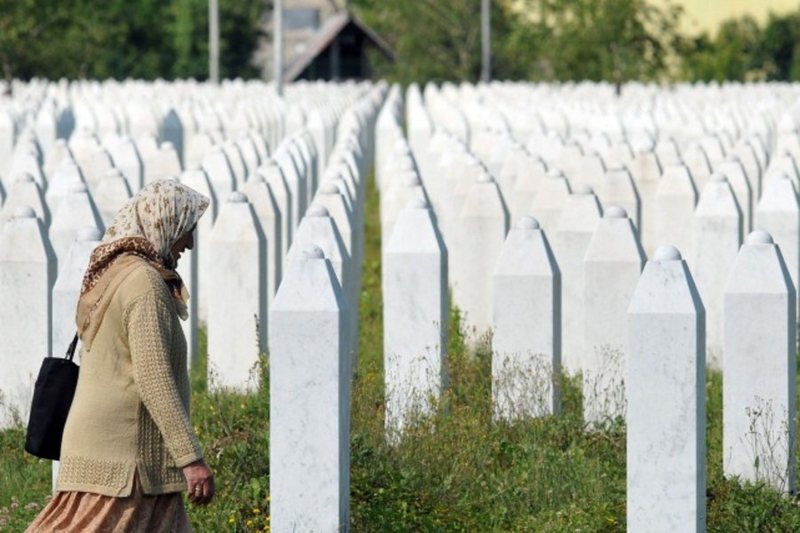 Deep divisions in the Serbian society in perception of the crimes committed during the wars in the former Yugoslavia once again came to the fore on Thursday, during the marking of the 24th anniversary of Srebrenica massacre, when more than 8,000 Bosnian Muslim men and boys were killed in July 1995 in the vicinity of this town in southeastern Bosnia and Herzegovina.

As with every anniversary so far, this time, too, on one side were the voices of those who, in accordance with the verdict of the Hague Tribunal to commanders of the Bosnian Serbs forces in Srebrenica, advocate that this crime should be referred to as genocide, and they were as usual in the minority, and on the other side were those who reject this interpretation and admit that a terrible crime occurred in Srebrenica, but not genocide.

However, Serbian officials remained mainly silent on Thursday, and no official Serbian delegation attended the commemoration that is organized every year in Potocari, near Srebrenica. Out of Serbian politicians, Cedomir Jovanovic, the leader of Liberal Democratic Party (LDP), which formally was not a part of the ruling coalition but it was loyal to it, was present in Potocari on Thursday.

In the parliament, which is also customary on these occasions, the most vocals were the leader of Serbian Radical Party (SRS) Vojislav Seselj, who reiterated his well-known position that genocide did not happen in Srebrenica, and MPs from his party were wearing badges with the same message.

Seselj also reiterated his thesis that in the official, internationally accepted version of the events from 1995, this was a “big hoax”.

Earlier this week, nine NGOs in a joint press release reminded it was a “shameful and disappointing” fact that none of the Serbian officials since 1995 to date had described Srebrenica as genocide, which “confirmed the continuity of denial of genocide both by the state and society”.

“The state policy of denial of genocide is contributed most by the continued refusal of the incumbent President Aleksandar Vucic and Prime Minister Ana Brnabic to call the crime in Srebrenica as genocide, in which they are followed not only by the politicians of the ruling coalition but also by a significant part of the opposition politicians”, the NGOs said in the press release.

Among the few from the opposition who spoke out on this occasion on Thursday was the leader of Movement of Free Citizens Sergej Trifunovic, who said that genocide did happen in Srebrenica.

“On this day I want once again to show respect to the victims of genocide, because this was genocide, as defined by the UN”, Trifunovic said.

LDP’s Jovanovic, former deputy Prime Minister, on Thursday said that “the only thing I can say here, as a human being, is that my country must open its eyes”, LDP announced on the party’s Facebook profile.

“Serbia must look at Srebrenica, the world around, its people and all other people in a different way than it did in the past quarter of a century”, Jovanovic said.