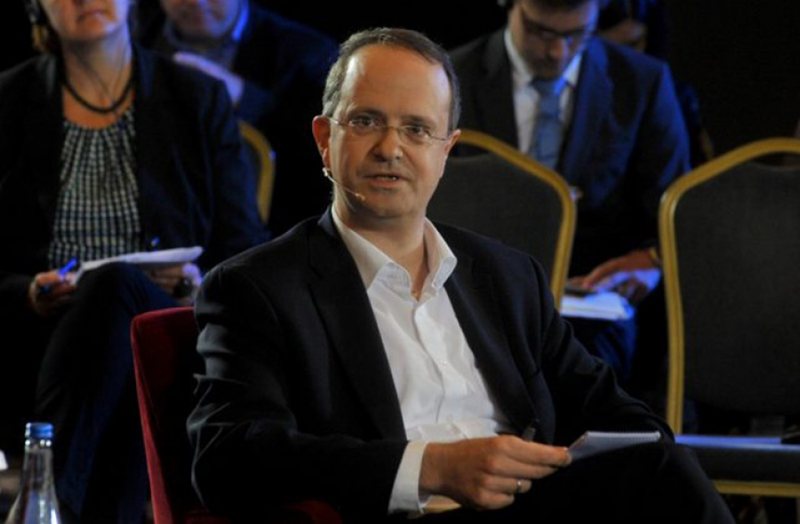 Question: Mr. Weber, what is happening with ‘The Berlin Process’, an initiative led by Ms. Merkel, which had raised enthusiasm in the Balkans, but now it is seems that Germany is no longer interested in it.

This is a wrong impression - Berlin, the government, the Foreign Office and, in particular Chancellor Merkel and her office remain as committed to the process as they were when they launched it in 2014 that is when the idea of the Berlin process resulted from a meeting between the Chancellor and Prime Minister Edi Rama. Berlin engaged with Poland, an EU member state normally not among the most pro-active ones in the EU enlargement policy toward the Western Balkans, and arranged for Warszawa to host the next summit this summer. So the process is alive and Berlin is pushing it, which you can see from the fact that it continues, though the original plan was it to last from 2014 until 2018 only. I think your impression about waning Berlin interest has three reasons: First, the launch of the Berlin process initiative, as all Western initiatives in the Western Balkans, provoked a lot of often unrealistic, exaggerated hopes in the region. Second, that last summit 2018 in London was pretty much a low point in the process - Berlin had given in on UK insistence to stick to hosting the summit despite Bruit, and unfortunately it turned out messy, becoming victim of the Bruit, when then foreign secretary Boris Johnson resigned during the summit. Third, the conflict over the dangerous idea that a sustainable solution to the historic status dispute between Kosovo and Serbia could be found in some form of exchange of ethnic territories, unfortunately supported by some leading EU officials, and the French president, created substantial tensions last year, that undermined the aim of the Berlin process to improve regional cooperation.

Question: Do you think that lack of attention by Germany has made Balkan countries less democratic, if not more autocratic? Let me mention the fact that in Albania, Montenegro and Serbia, political parties and civil societies are protesting since two months now…

Well, I am not sure there really is a common denominator between these protests as also Western media likes to portray them. In Montenegro, the autocratic element as part of a regime that is pro-Western is an old dilemma the EU so far has not found a recipe to solve through its accession process. But protest seem to be ambivalent because they also have this opposition party component that includes the EU-Russia conflict in the background. Albania I am lest of an expert, but again whatever citizen’s dissatisfaction there might be, there seems to also be this traditional element involved, i.e. the dichotomy antagonism between the two big parties that for a long time is a burden to the country's EU integration and democratic reforms. In Serbia, I fear one has to say that the rise of the autocratic regime of Aleksandar Vucic is the result of his originally constructive role in the political dialogue with Pristina that was led by Germany. To me this is not so much the result of a lack of German attention, but the failure to, at some point in the dialogue, provide a long-term strategy, and that failure let to a process in which all three parties in the negotiations, the two presidents and unfortunately also the EU chief negotiator started to misuse and turn the dialogue into something entirely different then what it had original been and where it intended to end up - and ultimately make a mockery of it with the recent push for this old ethno territorial concept (that brought so much misery to the region in recent past) of land swap.

Question: Local analysts, more and more are saying that EU is focused on promoting the stability in the region and in doing so closing an eye regarding democracy. What is your opinion?

That has been a longtime problem, basically since the EU took over Western leadership from the US in the region in 2005. Due to a lack of political will and attention in the EU to seriously deal with the Western Balkans, fake- stability was the much less ambitious alternative - one that undermined the EU's own case in the region to promote democracy and the rule of law. The undermining of democracy as a consequence of lack of political will and lack of strategic policies unfortunately remains the EU's main challenge in the region.

Question: Do you follow the political developments in Albania and what is your opinion of them?

Not that intensively. As I said, I am not an Albania expert. So I can only provide a few external impressions. To me the opposition should make a break with the traditional approach to fight for return to power, by undermining/blocking democratic reforms and undermining EU integration process of Albania. On the other side, the Prime Minister's seeming sympathies for helping the presidents of Kosovo and Serbia to push forward a land swap agreement, not only does a disservice to the regional stability, but tragically saw your PM de facto ending up de facto siding with EU member states like France, i.e. President Macron, who currently is the biggest obstacle to EU integration of the region, and more concretely to Albanian getting green light from the EU to finally open accession negotiations. While at the same time your PM with these activities has alienated the biggest supporter within the EU of Albania's bid for EU membership - the German government.

*Bodo Weber is a Senior Associate of the Democratization Policy Council concentrating on the Western Balkans, German and European foreign and security policy, transatlantic relations, Ukraine and Turkey. Within the area of Western democratization policy he has specialized on rule of law promotion, police reform and decentralization He also works as a political consultant for political foundations and international organizations in Germany and the Balkans. In the 1990s, he worked as an editor with Perspektiven (Frankfurt/Main), a journal, and served as a board member of the Bosnien-Büro Frankfurt. He has published numerous articles and analytical papers on EU & US Western Balkan policy and frequently appears in regional media. He is the co-author of two Bosnia security studies and author of The crises of the Bosnian-Herzegovinian universities and the perspectives of junior scholars, Friedrich-Ebert-Stiftung, Sarajevo 2007. Weber has an MA in political science from the Johann-Wolfgang-Goethe-University in Frankfurt/Main. He lives in Berlin.