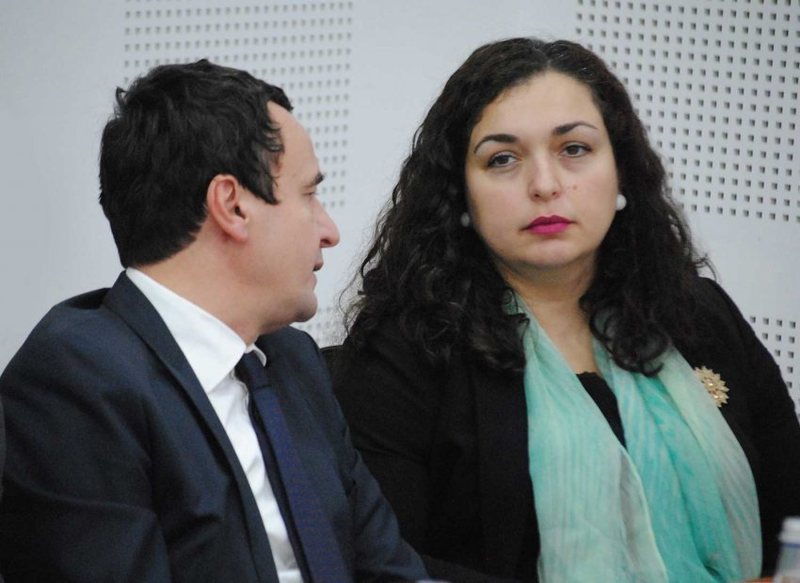 Based on 40 percent of the counted voted in the early parliamentary elections in Kosovo, Isa Mustafa’s Democratic Alliance of Kosovo (LDK) won 25.28%, followed by Albin Kurti’s Self-Determination won 24.03%, and Kadri Veseli’s Democratic Party of Kosovo (PDK) took 22.82% of the votes, media reported on Sunday evening, citing data from the Central Electoral Commissions.

According to early estimates, as well as pre-election announcements, there is a good chance that the coalition of the LDK and Self-Determination could form the government, without additional partners.

The coalition headed by the Alliance for the Future of Kosovo (AAK), led by former Prime Minister Ramush Haradinaj, won 12.66%, while the Serb Ticket won all 10 seats intended for the Serb minority, as expected. The Kosovo Parliament has a total of 120 MPs.

On Sunday evening the LDK, Self-Determination, and PDK declared triumphs in the elections.

International news agencies reported on Sunday evening that the opposition had actually won the elections, i.e. that the elections were lost by previous Prime Minister Ramus Haradinaj and President Hashim Thaci.

“Change of Generation”, “Wartime Commanders Leave Political Functions” and “End of the Pacification of Kosovo” are only some of the headlines that appeared on portals following the announcement of the first results.

At a press conference, LDK Deputy President Lutif Haziri refused to answer the question with which party the LDK would be forming a coalition. He only confirmed that it would certainly not be with the PDK.

A total of 1,900,000 voters had the right to vote in the early parliamentary elections. The Central Electoral Commission announced that the electoral turnout was 44.19%, i.e. that 811,683 people voted.

The highest turnout was recorded in Serbian environments: Zubin Potok, Srpce, Novo Brdo, Gracanica, North Kosovska Mitrovica. In recent weeks there was a strong campaign from Serbia for going to the polls and voting for the Serb Ticket.

There were reports that Serb Ticket supporters appeared at polling stations in large groups, headed by officials from the ticket.