Foreign Ministry: Serbia “Has No Information That Israel Has Explicitly Recognised Kosovo” 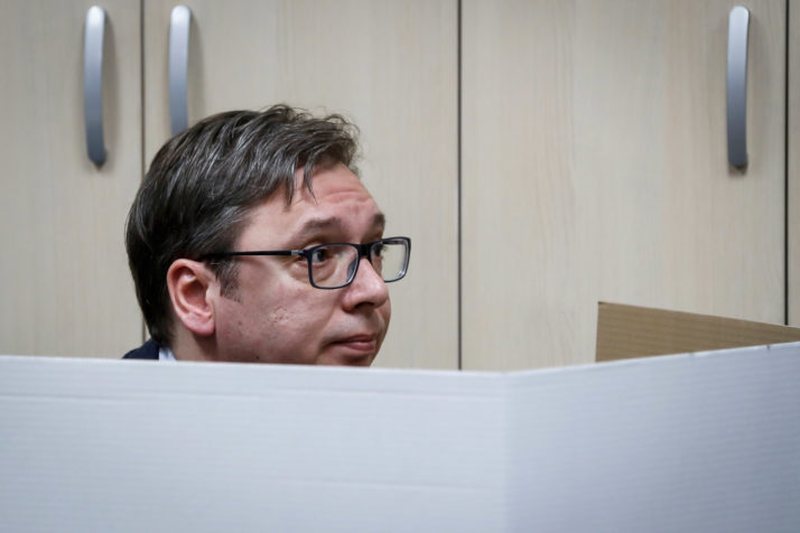 Serbia “does not have the information that Israel has explicitly recognized Kosovo”, stated the general secretary in the Foreign Ministry Veljko Odalovic on Monday, adding that “he had no information that any Israeli institution had brought such an act”.

“If [the Kosovo officials] consider that the telephone conversation that took place on 4 September is a recognition, then that is their affair, but even in the address of the Israeli Prime Minister Benjamin Netanyahu to the Kosovo Albanians something like this was not confirmed at any time”, Odalovic said for the Russian news service Sputnik in the Serbian language.

“This is a matter on which there will certainly be more talk and which, as far as I am concerned, still hasn’t been concluded in a manner in which Pristina believes it to be”, he added.

Odalovic said that Israel was “a friendly country with which Serbia had excellent relations” and that the matter of Kosovo should be a matter “on which the two countries should reach a serious agreement”.

This will “most likely take place after the possible visit of President Aleksandar Vucic to Jerusalem in the following period”, he added.

Odalovic’s statement ensued after earlier on Monday the new Ambassador of Israel in Serbia Yahel Vilan stated that Israel had recognized Kosovo on 4 September, when the delegations of Serbia and Kosovo, in Washington, signed the agreement on normalizing economic relations between Belgrade and Pristina, although the document contains a series of regulations on matters which have nothing to do with it.

One of the regulations, in the version signed by Kosovo Prime Minister Avdullah Hoti, states that Kosovo and Israel “agree to mutually recognize each other”.

In the version signed by Serbian President Aleksandar Vucic, it says that Serbia “agreed to open the Trade and State Office in Jerusalem on September 20, 2020, and to relocate its embassy to Jerusalem by July 1, 2021”.

This has caused surprise in Serbia and criticisms of the European Union, seeing that the US and Guatemala are the only countries that have moved their embassies from Tel Aviv to Jerusalem.

Vucic had later attempted to extract himself from trouble claiming that the move of the Serbian embassy was only an option in the event that Israel does not recognize Kosovo.

Vilan said on Monday for N1 TV that the matter of the recognition of Kosovo on the part of Israel was a done deal.

“We should work on improving relations, and not deal too much with something that was done two and a half weeks ago in Washington,” the Israeli ambassador said.

“Now we need to see how not to allow that to affect the relations between Serbia and Israel”, Vilan said.