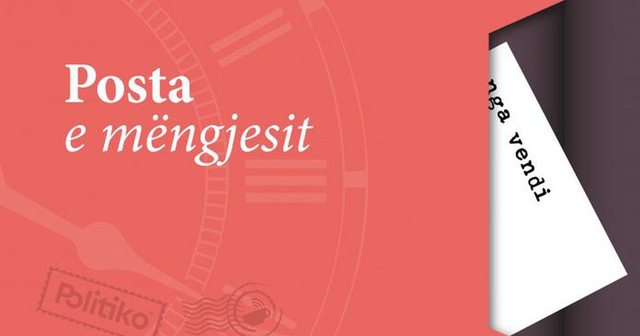 "Morning Post" brings you a flash of the main news that happened yesterday in Albania. Click on the blue hyperlinks if you want to read more. If you love 'Post' in your email write us at  [email protected]

The session lasted over 20 hours /  Voted with 77 votes in favor of the government "Rama 3" , the oath of President Meta is expected

Related: The  results are revealed , the opposition MP who abstained; from Berisha to Basha's allies, who boycotted the vote for the "Rama 3" government

Voted in Parliament, the new government  'Rama 3' is sworn in this  morning to the president

"1500 signatures of delegates, to express every member",  where Berisha's political action  for Basha's removal was referred to - explained

Related: Basha reacts after Berisha's first meeting:  There is no turning back!

"The doctor is like summer", Meta: Now are the opportunities for the restoration of democracy; what he says about Berisha and his resignation

PD MP Agron Gjekamrkaj admits: We  did not have the necessary votes for Berisha's dismissal

Meets 15 SPAK prosecutors,  Kim's message:  Investigation into anyone who gets rich through crime and corruption and harms Albanians

Kurti 'breaks' the first ice,  Rama's congratulatory letter for the third term ; what he asks of the prime minister

Related: Kurti invited him to Kosovo,  Rama answers : Definitely! We will do work for the benefit of both states

Related:  After meeting with Yuri Kim , Nikola: I will contribute to a new approach to communication in the Assembly

'He was not aware', the  hearing on Fatmir Mediu in the Special Appeal is postponed

EWB Analysis:  EU-Western Balkans romance is toxic, going through a serious crisis with no prospects